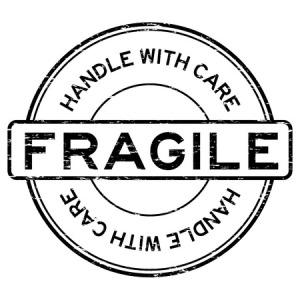 So how’s the New Year shaping up for you?

I started January with a new challenge—deciding how to respond to my very first professional content edit. I’d previously seen the excellent report the editor, Karen Dale Harris, wrote for Jeanne’s The Demon Always Wins, so I knew roughly what to expect. That didn’t mean I was ready for it.

The overview/summary report alone ran to 24 pages, and covered everything from subgenre choice and the implications of that, to characters, conflict, plot, plot holes, world-building, language choices, inconsistencies…you get the idea. I’ll just say that it’s not a comfortable experience to have one’s every last choice subjected to such detailed scrutiny. It’s been three weeks since I first skimmed the report, and I’m seeing the many benefits of it, but I needed about ten days to get past my initial mental overload.

I don’t plan to start working on the edits themselves just yet, but I do want to put together a detailed plan of which suggestions I want to take up, and in what order I intend to tackle the revision points.

My immediate task is to work through the report point by point, pull together my thoughts and questions, and discuss those with Karen in a debrief phone call. I started by following the structure of her report, got hopelessly bogged down, and had to go back to the drawing board.

For my second attempt I created a single-spaced Word document organized as follows: Overview, Things to Change, Things Not to Change (and Why), Things to Add, Big Questions, Things I’m Still Chewing Over, and Other (mostly world-building notes). The document is currently around ten pages long and it’s all good, actionable stuff that I think will make the book stronger. I’m really pleased.

I’ll report back on my revision plan in due course. For now, here’s what I learned this week as I wrestled with the edit:

Give It Time
On my first (and second, and third) skim-read of Karen’s report, I saw that she’d raised some important fundamental questions, starting with the one about subgenre, but I also let myself get cranky about some alternative suggestions she’d made that were logical and offered good possibilities but somehow didn’t suit my personal core story, the kind of characters and behaviors I always default to. Since we haven’t worked together before, I’m not sure how she could have avoided that, but it took me a week to get past my frustration at even thinking about going places I just.didn’t.want.to.go. 😉 .

Consider Everything
Once I’d got over myself, I decided to take a detailed look at every suggestion in the report, including the ones I knew I wasn’t going to take up. I changed my mind on one proposal I’d originally nixed. For a handful of others, I found an alternative. And where the answer remained an unequivocal ‘no,’ I learned quite a lot about my personal story preferences and defaults.

Identify the Problem
I’ve lost count of how many times I’ve seen the quote from Neil Gaiman: Remember, when people tell you something’s wrong or doesn’t work for them, they almost always right. When they tell you exactly what they think is wrong, and how to fix it, they are almost always wrong. This week I realized the corollary is also true: when people suggest a fix, even if that fix goes against every instinct you have, it means something is wrong. So if you don’t like the suggestion, try to identify the problem. Then try to figure out how else to fix it. As I mentioned above, I’ve come up with some alternatives for my discussion list.

Sanity Check Your Choices
I’m lucky to have Jeanne. We’ve Skyped regularly over the last couple of years, so she knows much (probably more than she ever wanted!) about the choices I made as I drafted Alexis 1. Jeanne has read the pre-Karen manuscript, and she’s worked through a Karen edit report of her own on The Demon Always Wins. So yesterday on our Skype call, we ran through the Alexis report, Jeanne called out all the comments and suggestions that had particularly resonated with her, and I cross-checked her feedback against my action points. I’m pleased to say we were close.

Stay True to Your Story
Having approached the report with an open mind, I found there were a couple of areas where I couldn’t flex, no matter how hard I tried. Even if the final story is weaker for it, I’ve learned that those aspects are part of my storytelling DNA, so I’m going to embrace them and accept the consequences. When I finally get this book baby out into the world, I’ll have no excuses. Good or bad, the title, cover, blurb and content will all be my responsibility. That’s one of the privileges of going indie rather than trad and I intend to make the most of it.

Develop a Partnership
Over the last year or two, Jeanne and I have spent a lot of time discussing our WIPs. Thanks to those discussions, I think we understand each other’s writing style and likely choices much better than we did when we were classmates at McDaniel. I hope that the same thing will happen with Karen. Assuming we continue to work together (and I hope we will), then I’ll learn from her, she’ll grow to understand my series and my choices, and the discussions may not be easier, but they’ll become more targeted. For example, once we’ve agreed on the subgenre and the reader signals that choice requires, she should just be able to pick me up when I stray from the plan.

So. A challenging start to the year, but in the best possible way.

How’s your 2018 going so far? And for those of you who’ve been through the editing process, do you have any thoughts or recommendations to add to my list?