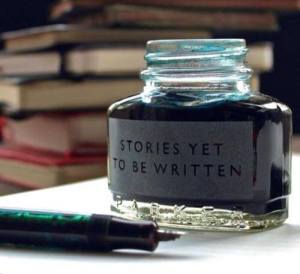 Friday already?  How did that happen?

This week didn’t include much writing outside of the day job, but I did do a great job on my “get rid of one thing every day” goal.

At the end of last year Michille posted about the successful completion of her 2019 goal to basically “get rid of stuff.”  Inspired by her resulting empty drawers and clean mudroom, I decided to adopt the goal for 2020.  I don’t have a mudroom, but I’m visualizing a tidier garage and maybe some empty dresser drawers too.

It’s currently day 16 and I’ve already gotten rid of close to 100 items.  True, many of them were holiday decorations that hadn’t been out of their boxes for years, but I’m pretty sure they still count.  Next up is the household-goods cupboard in the garage.  Since I’m pretty sure I have pots and pans out there that came from my parents house, I’m sure to find plenty of things to part with.  I’m visualizing an empty shelf in my future.

Now that I have my tidiness goal well underway, it’s time to turn my sights on writing.  I think I’ll start things off by giving today’s writing prompt and/or random words a try.

Care to join me? END_OF_DOCUMENT_TOKEN_TO_BE_REPLACED

When I was growing up one of the women’s magazines my mother got each month had a “can this marriage be saved?” column.  I don’t remember the specific issues that brought each of the couples to such a turning point, but I do remember that the answer to the question was always, “yes it can be saved.”  Probably not a surprise; happy endings mean happy readers who are likely to keep buying magazines.  What I also remember (vaguely) is that saving the marriage more often than not meant that the woman made changes to be more appealing or more attractive or more accommodating.  Or, heaven forbid, not so sensitive.

Sounds a lot like some of the posts I’ve been reading in the RWA forums.

As we’ve been talking about on the blog recently, the RWA is at a crucial turning point after its spectacular implosion at the end of year.  (See last week’s post for details.)  The majority of the board has resigned, sponsors have withdrawn, and contests have been cancelled.  There is an independent audit in progress, trust in the organization has taken a tremendous hit, and it’s hard to see a clear path forward.

Things have definitely reached the “can this organization be saved?” stage. END_OF_DOCUMENT_TOKEN_TO_BE_REPLACED

Happy Friday!  I’d like to say I had an extremely productive week, getting lots of writing done and tasks completed.

Sadly, that would be a  work of fiction.  In reality, I spent far too much time this week falling down the rabbit-hole that is Twitter following the RWA implosion.

On the plus side, I’ve been exposed to a whole new set of writers and learned a lot.  On the day job front, this week been a combination of wrapping up 2019 end-of-year stuff and doing 2020 planning.  We always say we’re going to get the planning all taken care of in November so we can hit the new year running, but it never, ever happens that way.

One bit of 2020 planning that I did manage to take care of this week was getting my calendar set.  I’ve scheduled regular days off each month and blocked off specific writing times.  I’ve also blocked Friday afternoons off for “quiet time” so I can get things done without interruptions – all part of my less stressful / more productive 2020 plan.  We’ll have to wait and see how that all works out.

I’m thinking this Friday’s quiet time will be a the perfect time to give today’s writing prompt and/or random words a try.

Care to join me? END_OF_DOCUMENT_TOKEN_TO_BE_REPLACED

With the champagne all drunk, the countdown completed, and kisses exchanged, the book has officially closed on 2019.  It was very good year for several of the writers here on the blog who successfully launched books into the hands of eager readers; it was not, however, such a good year for Romance Writers of America.

As Jeanne mentioned in her post yesterday, the implosion of RWA started on Christmas Eve when details about the RWA’s handling of ethics complaints against popular author Courtney Millan were made public.   Following what happened next has been like watching an accident on the side of the road – horrifying, but hard to look away from.

While media coverage has focused on Milan’s comments about the racist elements of a specific book, the chain of events initially began months before with a series of tweets highlighting concerns about the biases of a specific acquisitions editor at a publishing company.  Many twitter followers appear to have weighed in on the subject, sharing their views, and at some point, both the publisher (who hired the acquisitions editor) and the author of the book that was called out filed ethics complaints with RWA.

What ensued was a series of events that I doubt even the most creative fiction writer could have come up with:   Shadow ethics committee.  Re-written policies.  Resignation.  Censure.  Backpedaling.  Mass resignations.  Uproar.  Chapter statements.  Petitions.  Cancellation of the RITAs.  And thousands and thousands of tweets.  If someone was intentionally trying to destroy the organization, I don’t think they could have done a better job.  And RWA has seemed intent on fanning the flames. END_OF_DOCUMENT_TOKEN_TO_BE_REPLACED

Welcome to a brand-new year of Friday Writing Sprints.

I hope your 2019 had a happy ending, whatever you were doing and however you celebrated.   Mine ended with a whimper.  Well . . .maybe that was the dog whimpering in response to all of the fireworks the neighbors were setting off.  And maybe it wasn’t fireworks we heard, but the sound of RWA imploding.

I’m enjoying one last day before heading back to the office and hours of back-to-back meetings.  I don’t mind going back too much, but I will miss lounging around in pajama pants; although, considering all of the holiday baking (and eating) I did these past few weeks, I might have to stick with them.

Ah well, good thing there is a gym at work.   Here’s hoping all of those “I’m going to work out this year” folks are still on holiday so the gym won’t be too crowded.

Whatever else happens, I’m planning to give today’s writing prompt and/or random words a try, once I get home from work.

Care to join me? END_OF_DOCUMENT_TOKEN_TO_BE_REPLACED 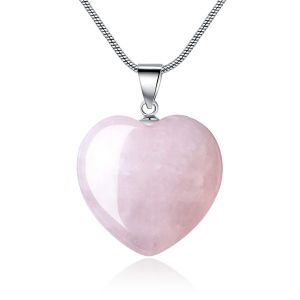 We’re coming to the end of our annual Christmas Week Short Story Challenge here on the blog.  As always, the wide range of stories that resulted from a single writing prompt and set of words has amazed me.  My own story went in a direction I wasn’t quite expecting when my son and I were watching Hallmark holiday movies and brainstorming ideas (possibly while drinking mimosas), but sometimes you just have to follow where the story leads.

The Gift of Joy

Maggie stood in the doorway to what her husband Peter laughingly called his study and felt the bittersweet memories wash over her.   It had been two years since she’d gotten the call that had changed everything but sometimes, in moments like these, the pain felt as fresh and sharp as if it had just happened.

In hindsight, accepting one of the New Year’s Eve house-party invitations she’d received from her well-meaning friends might have been smarter than spending the day clearing out what she’d privately always thought of as the apartment’s junk drawer, but she’d put off the task far too long already. END_OF_DOCUMENT_TOKEN_TO_BE_REPLACED

Happy Friday.  Whether you’re in the midst of holiday celebrations or enjoying the remaining days of 2019, I hope you’ve had a wonderful week.  Mine has been filled with family, good food, and maybe a jigsaw puzzle or two.

Here on the blog, we’re in the midst of our annual Christmas Week Short Story Challenge.  Several of the Eight Ladies have already posted their stories and there are a few more yet to come.  All of you blog-readers are welcome to participate as well (the story prompt and words are included below).  You can post your own story (or a link to your story) in the comments below on this post or on any of the upcoming Short Story posts.

The rules of the Challenge are simple – write a short story based on the specified prompt and include at least three of the random words on the list; extra points for including more than three words and extra points with sparkles for Holiday references.