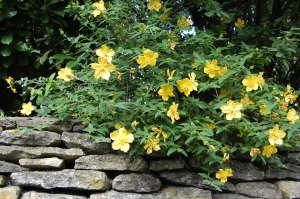 It all started a few weeks ago when Jilly wrote a short story about Jordy MacHugh, a Canadian music teacher who inherits a derelict estate in the Scottish Highlands and decides to build an outdoor opera house by the sea.

I continued the story in Finding Home a few days later and raised the stakes by introducing Jenny, a tourist from Kansas, who discovers twin babies in a basket, courtesy of the mysterious MacHugh Blessing Stone.  Maeve, the local seer, pronounces Jordy, Jenny and the twins a family, but as Jenny observes (via Kay in her Friday writing sprint offering And Now, Twins), the whole setup screams Trouble with a capital T.

Jilly picked up the story again on Sunday and added some much-needed conflict in Challenge Accepted, As I re-read the entire saga, I decided I wasn’t quite ready to leave Jordy and Jenny to their own devices, though they may not appreciate the direction of today’s installment.

Without further ado, read on to find out what happens next. Using the prompts from Friday’s writing sprint – character(s) face a challenge – and including (most of) the random words: equipment, belly, aimless, baffling, noise, bloke, fuzzy, clever, beekeeper, footwork, glass, dream, corduroy, setup, lump and artist.

By unspoken agreement, Jenny and Jordy busied themselves with separate pursuits when they returned to their temporary cottage after their aborted picnic along the cliffs.

While nondescript from the front, the area behind the cottage was a wild tangle of riotous blooms and clinging vines.  Paths that seemed to be in danger of being swallowed up by the creeping foliage wended around and about the area and led to an overgrown folly in the back barely visible through the trees from mere paces away.

Jenny wandered the paths aimlessly, deaf to the noise of the bumbling bees, drunk on the abundant nectar and buzzing happily.

It had been a baffling day.  Or week.  Or lifetime if it came right down to it.  She had always felt like an outsider; never one of the popular girls or the smart girls but instead always struggling to fit in and failing.  She was clever and had worked hard, gotten a degree and a good job, but it wasn’t enough.  She had money and things, but what she wanted were dreams.

Dreams of a family and a purpose and, yes, of someone to love and who loved her.  Not for what she could do, but just for herself.

When Jordy had asked her to marry him there on the cliffs by glass-smooth ocean she’d felt her heart soar like the swooping yellow-headed gannets.  But only for an instant.  Then reality kicked in.  He didn’t want to marry her.  He didn’t even know her.  Not really.  He just offered because of the twins and because he apparently couldn’t resist a damsel in distress.

Jenny made another circuit around the garden.  The real question was, did she want him?  And if she did, what was she going to do about it?

Unlike Jenny, Jordy’s thinking was not fuzzy or uncertain.  As soon as the words “Marry me” had come out of his mouth out there on the cliff, he’d felt their rightness.

He didn’t need Maeve, the village maven, seer, and chief beekeeper to tell him that Jenny was the woman for him; or a Blessing Stone for that matter.  He just knew.

But he also knew that Jenny didn’t believe him; didn’t even seem to believe in herself.  He’d watched her with the twins.  She was wonderful with them.  Making sure they were clean and fed; blowing raspberries on their round little bellies and playing peek-a-boo; making them feel cared for.  But she’d kept them, like she kept him, at a distance; as if theirs was just a temporary connection.

He needed to help her see what was right there in front of her.

His long-dead ancestors, masters of cattle-raiding and border robbery would probably drag her off to the nearest preacher or maybe lock her in a tower, but he had a better idea.

Surely he could do that in their remaining three months.

True, he hadn’t had much success with women in the past, but here as the laird, with the opera house, festival, and twins he felt like anything was possible.  Besides, could any woman really resist a man in a kilt?

With a chuckle, Jordy went about setting out the tea things on the little table in the kitchen.  There were freshly baked scones and clotted cream, along with lavender honey butter biscuits, made with honey fresh from Maeve’s hives.  He considered the teapot in its knitted cozy for a moment, then added glasses sparkling with Moira’s best loganberry reserve liqueur to the table instead.  The artist in him appreciated the way the light reflected off the rich ruby liquid, while the hungry man in him appreciated the warm sweet smell of the scones.

He walked over to the door to call out, “tea is ready,” but the words died in his throat as he opened the door.

There on the threshold was a young auburn-haired woman in a soft green corduroy jacket.

“Are you Jordy MacHugh,” she asked, staring up at him with determination.

The words hung in the air.

Returning to the house from the garden, Jenny saw Jordy talking to a woman at the door.

As she watched, his face lost all its color and he sagged against the door-frame.

Concerned, Jenny raced forward, unaware that her life was about to be upended yet again.