An unexpected corona-bonus is that author book launches have gone digital. Which means fans who would never have the chance to attend a physical talk and book signing can join in the fun.

This week the Cary Memorial Library in Massachusetts hosted a conversation with fantasy romance authors Ilona Andrews (Ilona and Gordon, in Texas), Nalini Singh (in New Zealand), and Amanda Bouchet (in Paris). I watched from London, and now it’s on Youtube. How cool is that? Click here if you’d like to check it out.

There were lots of good questions about world building, what makes a strong character, what makes a great villain…but one that caught my attention was something like: do you have any plans to make your much-loved stories multi-generational? In other words, to give the kids of your bestselling characters their own story or series. Amanda Bouchet and Nalini Singh weren’t at that point, but Ilona Andrews are currently writing Blood Heir/Ryder, whose heroine is Julie, the adopted daughter of Kate and Curran from their bestselling Kate Daniels series. I’m super-excited about this book (click here for an early squee) and already have it on pre-order.

Ryder feels like a natural progression. After a ten-book series Kate and Curran are due a hard-earned Happy Ever After, but many fans aren’t ready to say goodbye to the world, and the series is rich in secondary characters. It’s made easier by the fact that Julie (alias Aurelia Ryder) was a street kid in her early teens when she first encountered Kate, so she’s only half a generation younger. That means the Ryder book can begin eight years after the conclusion of the Kate Daniels series—long enough for everything to be the same but different.

The question caught my attention because I’m currently writing a multi-generational epic fantasy series. Unlike the natural flow of the Ilona Andrews stories, mine crept up on me. After I finish with my Elan Intrigues books (one currently published, one book and two novellas in the works), I have a series in my head, set in the same world, starring the adult children of the main characters of the Elan Intrigues series. Alexis, the heroine, is twenty-five years old at the beginning of the main series. That’s a whole generation after the end of the Intrigues books. It didn’t occur to me to question it until now.

I started to think about how many other multi-generational stories I’ve read and enjoyed. I love Georgette Heyer’s Devil’s Cub, about Vidal, the son of the characters from These Old Shades. Loretta Chase has Last Night’s Scandal, starring characters we first met as children in Lord Perfect. That one didn’t quite work for me, though I’ve often wished she’d write a story for Dominick, Dain’s illegitimate son from Lord of Scoundrels. The most obvious example, which I haven’t read but I know Michaeline loves, is Lois McMaster Bujold’s Vorkosigan saga. Other than those, I’m coming up empty.

So I thought I’d turn the question over to you. Does the concept of a multi-generational series appeal to you? Have you read any good (or bad) ones? 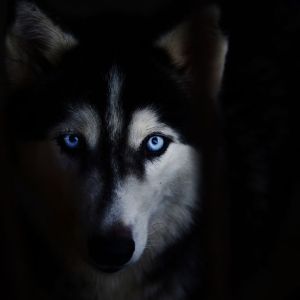 If you were stranded on a desert island or snowed up in an isolated cabin and you could have only one novel to read, would you choose shifters or aliens? You don’t know the author. You don’t get to see the cover or read the blurb, you just have to choose a sub-genre. Fantasy/urban fantasy, or sci-fi?

My question arises courtesy of an explanation I read this week on Ilona Andrews’ blog. Like many of their fans, I am super-excited about their current Innkeeper serial, a novel posted in free instalments every Friday.

Sweep of the Blade is a courtship story between Maud, a human who was previously married to an asshat vampire and has sworn off the species for good, and Arland, a swoon-worthy alpha male vampire of aristocratic lineage who’s unshakeably in love with her and makes no secret of it. He persuades her to accompany him to his home planet, and high-octane high jinks ensue. The story features hierarchical, militaristic vampire dynasties in space, family politics, deadly conspiracies, and some serious arse-kicking delivered by Maud and her young daughter, Helen. It’s clever, moving, funny, exciting, and kind.

Apparently fans have been writing to the authors to squee about the story and to ask why they don’t quit writing their other series so we can all have more Innkeeper. Among a handful of reasons, Ilona offered this explanation:

Innkeeper is a SF at its core. Aliens are a harder sell than werewolves. 🙂 A lot of people who would actually like Innkeeper, if they gave it a shot, read the description and walk away from it because it has Science Fiction elements.

END_OF_DOCUMENT_TOKEN_TO_BE_REPLACED

Are you a Happy Holidayer? I suspect I’m the token Grinch among the Ladies. While my fellow bloggesses are decorating their homes with emotionally significant ornaments, baking seasonal treats, and recommending feelgood stories, I’m counting the days till it’s all over.

This week we’ve been chatting among ourselves about the Hallmark Channel’s holiday programming, aided and abetted by this article from slate.com, and this review of A Princess for Christmas (Sam Heughan!) on smartbitchestrashybooks.com. I have to confess that even reading these intelligent and amusing pieces sent me screaming in search of Dorothy Parker, or Saki, or EF Benson.

Our discussion did, however, make me examine why Christmas stories make me froth at the mouth. It’s not intellectual snobbery or political correctness. I love genre romance. I adore fantasy and fairy tales. I seek out happy endings, and I’m a sucker for community. I prefer tales told with intelligence and wit, but while that might rule out some of the more saccharine offerings, it should still leave me open to classics like Michaeline’s suggestion, Christmas in Conneticut. Nope, not even that.

I always thought I read romance for the kindness, the community and the hit of happy. This week I realized there’s another huge reason: many romances (and all the ones I love best) involve defying expectations and resisting peer pressure. END_OF_DOCUMENT_TOKEN_TO_BE_REPLACED 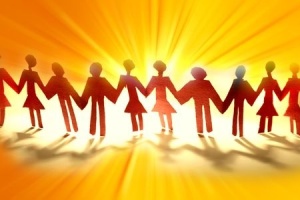 Do you read, write or watch series? What keeps you coming back for more?

Series was one of the buzzwords at this year’s RWA National. There were workshops with titles like Writing a Series That Sells Forever, Building the Successful Single-Title (or Category) Series and Payoffs and Pitfalls of Writing Connected Books; a quick look at Amazon.com’s romance bookstore is enough to explain why. Here’s a selection of their top twelve editors’ picks for this year so far, in best-selling END_OF_DOCUMENT_TOKEN_TO_BE_REPLACED