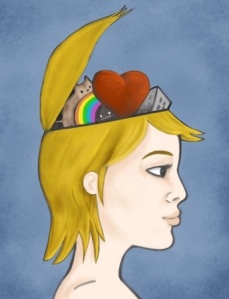 Another Sunday, another silver lining. I wrote a few weeks ago about free lockdown streaming from London’s National Theatre. Now summer’s approaching in the UK and we’re heading into festival season. For the great and the good of the arts scene that means the Hay Festival of Literature & Arts, usually just called the Hay Festival. I’d say it’s our most famous literature festival. Apparently in 2001 Bill Clinton described it as “The Woodstock of the Mind.”

Normally the festival would take over the beautiful town of Hay-on-Wye, Wales. This year the event is virtual, and it’s all free. Hay Festival Digital runs until next Sunday, 31 May. The tagline is free live broadcasts and interactive Q&As from the world’s greatest writers and thinkers.

You can register to watch any of the sessions, and if you join live you can chat with fellow audience members and send questions to the presenter, just as you could if you attended the festival in person. If you’re in another time zone and the live stream isn’t convenient for you, the recorded sessions will be available for a further 24 hours.

I watched an interview yesterday morning called Dead Famous: An Unexpected History of Celebrity from Bronze Age to Silver Screen, by author and historian Greg Jenner, who also has a fabulous, quirky history podcast called You’re Dead To Me. The discussion was great fun and the technology worked well. I saw people from the US, Nigeria, and a number of European countries as well as the UK, chatting away and having a great time.

I’m definitely planning to catch another session or two. END_OF_DOCUMENT_TOKEN_TO_BE_REPLACED