As I mentioned a few weeks ago, I’ve been trying to make a dent in the pile of books I have–both physically and electronically–waiting for my attention (reading, that is, not writing, alas).  When the internet repairman was at the house last week, he asked if I was a teacher or maybe a librarian, which should give you some indication of how much reading still remains.

Still, I have made good progress though, sadly, I haven’t encountered many keepers.  I plowed through half-a-dozen Golden Age, Roaring Twenties, and pre/post WWII mysteries that had been residing on my Kindle since who knows when, and promptly deleted them.  I have, it seems, become a very picky reader over the years.   Or maybe I just know what I like.  That sounds more positive, doesn’t it?

The stories were all set in and around London, and one even used British spelling for an authentic feel (I love that), but there were inadvertent Americanisms scattered about, which was distracting.  One of the Goodreads reviews that I read was very put out about the inaccuracies and boldly exclaimed that Americans should stick to their own settings and stop trying to pretend to be British.  The comment was a bit harsh, but I sympathized. END_OF_DOCUMENT_TOKEN_TO_BE_REPLACED

I just want to get a little writing done. Well, and about a hundred other things. (Image via Wikimedia Commons) Inu no Koku by Utamaro Kitagawa (1753-1806), translated The Hour of a Dog, a print of a traditional Japanese woman writing on a long scroll and talking to a servant or an apprentice behind her. Digitally enhanced from our own original edition.

Brian Eno News Twitter (not the real Brian Eno, apparently) posts a random artistic strategy* nearly every day, and the one I saw today was: Disciplined self-indulgence. Well, I don’t do “disciplined” very well, but when I make an effort, my self-indulgence is off the charts, so here it goes.

So, first: a bit of news. Hokkaido’s state of emergency ran from February 28 until March 19, which means that as of Friday (a public holiday celebrating the equinox), we are free from government requests to stay inside.

To tell the truth, though, I didn’t feel very much of a difference, because despite my best efforts, I’ve managed to get a sore throat. So, aside from work and a trip to the grocery store to stock up for the three-day weekend, I wasn’t out and about to feel the celebratory mood.

I’d say the crowd at the grocery store was slightly busier than usual, and I saw more END_OF_DOCUMENT_TOKEN_TO_BE_REPLACED 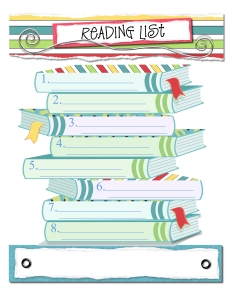 I love a good list. I get an incredible sense of organization from writing to-do lists and a huge feeling of accomplishment by crossing off each completed task. I adore reading lists like those Michille shared last week, as they give me great ideas for new books to add to my TBR pile.

But one type of list I dread writing every year is my Christmas wish list (yes, I know, most adults don’t do this, but I have a few family members who still request it, even though my childhood years are…ahem…decades behind me). And sorting through reading lists right now (because really, what do any of us want more than books? 😉 doesn’t fit into my current schedule as I fight through multiple to-do lists, none of which have anything to do with the impending holidays.

That’s where my secret weapon comes in, because I have a built-in group of smart, well-read people who, I’m sure, won’t be shy about sharing some ‘best of 2014 books’ of their own with me. (Those of you reading the 8LW blog are the smart people, in case you missed that.) I’ve already started my Christmas wish book list, but there’s a problem. END_OF_DOCUMENT_TOKEN_TO_BE_REPLACED