riters, and perhaps other people who expend any energy pondering writers, tend to wax poetic about the idealistic vision of a writer’s life. This particular fantasy might be full of never-ending supplies of coffee, chocolate, wine or other choice vices. It definitely includes hours upon hours of uninterrupted solitude in which to create the next great masterpiece that the world simply must have, interrupted by rare but exhilirating trips into the outside world to receive kudos and awards, like our own Jeanne, pictured here. Left to our own devices, many of us might try to achieve this nirvana, and our family and friends would never hear from us again. Luckily for us, life has a way of protecting us from ourselves by delivering regular doses of writing interruptus.

At least that’s the story I’m telling myself after a weekend full of interruptus and seriously devoid of writing. It’s okay, I tell myself, writers can’t just write about life; they must have real-life experiences to feed the stories. END_OF_DOCUMENT_TOKEN_TO_BE_REPLACED 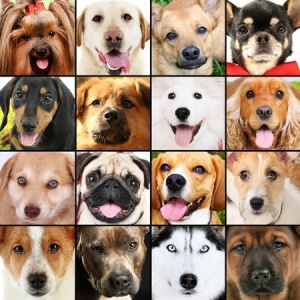 I have a problem, and I’d appreciate some brainstorming help.

I’ve never had a pet. I won a goldfish at the fair when I was four, and once I looked after the school gerbil for the holidays, but that’s my limit. As newlyweds, my parents had an English bull terrier who was essentially their first child, and who died horribly in a freak traffic accident. They adored him, and they were so devastated by his death that they flatly refused to consider getting another dog, no matter how my brother and I pleaded. At eighteen, I moved to London. After university we lived in a tiny attic flat and I got a job that required me to work ridiculous hours. It was a challenge to make time to eat, sleep and occasionally catch up with my husband. A pet would have been out of the question.

Fast-forward to 2015. I’m working on Cam and Mary’s story, and I’m in the first draft discovery phase. I’m letting the story unfold as it will and as I left for RWA, out of the blue my Girls (mustn’t call them Muses!) sent up a new, important secondary character. Let’s call him Starman, because that’s the placeholder name I gave him to begin with. Starman is English, in his late 20s, a fashion designer who’s been living and working in Switzerland with his older, richer (male) lover for the past six years. They have a terrible falling-out, and Starman finds himself back in London with no job, no money, nowhere to live and worst of all, he has to leave his dog behind.

Starman is shell-shocked at the break-up of his relationship and white-hot furious at being cut out of a business built on his talent and hard work, but he’s heart-broken about losing his dog. END_OF_DOCUMENT_TOKEN_TO_BE_REPLACED