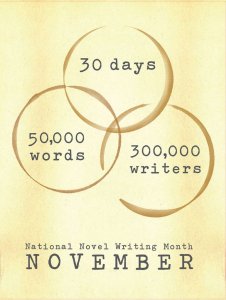 We’re halfway through the month of October, which means there are just a few weeks left before NaNoWriMo kicks off on November 1.  In order to prepare for what I hope will be a successful month of writing I’ve been doing a bit of prep-work these past few weeks.

As I mentioned in my first post in this series here, I began the countdown to November by working on the outline for the story I’m planning to write.  As the outline developed, I found I needed to clarify the setting, in order to get a big picture view of how the story will progress.  If you missed it, you can read that post, and the helpful suggestions from commenters, here.

With a general outline and the story setting(s) nailed down (kind of, sort of), I still have a pretty large gap that needs to be addressed before I start trying to put words on the page.  I need to know who these people are who will inhabit the story.  My heroine needs a hero.  My antagonist needs a supporting cast.  And I need to know who that random assortment of secondary characters is and what roles they are going to play.

Not surprisingly, this week my focus is on:  Character END_OF_DOCUMENT_TOKEN_TO_BE_REPLACED 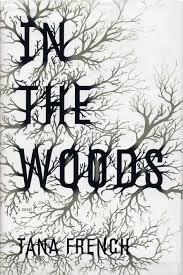 Into the Woods is Book 1 of the Tana French’s Dublin Murder Squad series.

In Part 1 of this series on series, we discussed Louise Penny’s Chief Inspector Gamache series. Set in Quebec, these books follow the cases of homicide detective Gamache and return each time to the eclectic, artistically-inclined, anything-but-sleepy small town of Three Pines. With each book we get closer to Gamache, learn more about residents of the small village, and, for the first several books, watch watch the plot arc of police corruption grow until it explodes in book 9.

In Part 2, we took a look at Julia Quinn’s The Bridgertons.  This series follows the love lives of the eight Bridgerton siblings as they each meet their mates, fall in love, and find their HEA. While the main characters change, we get to meet and learn about the whole clan, watch secondary characters step up for their own story, and revisit old friends and recurring ‘inside jokes’.

This week, we’re looking at a series that takes a different approach to introducing and developing main characters – Tana French’s Dublin Murder Squad series. These books take place in another homicide division, this time set in Ireland. But there is no set main character. There’s no big-picture story threaded through each book. And there’s no guarantee in each new book that we’ll see our previous protagonists return as secondary characters, and even when we do, we might not recognize them. END_OF_DOCUMENT_TOKEN_TO_BE_REPLACED 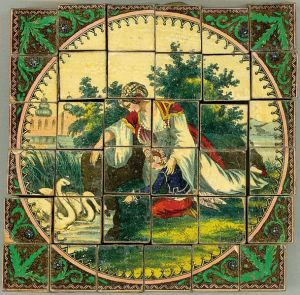 Telling a story is a matter of getting the pieces to fit together just right. And making sure each piece is doing a job. (via Wikimedia Commons)

And right now, in the middle of the first draft, the wood chips are pretty rough and misshapen. It’s my job to give them well-defined curves and edges so they fit into one another precisely and with ease. As you know from last week’s post, I’m wrestling with the group of chips that is going to make up one of my plots’ antagonists, Kitty Van Texel, the were-cheetah who wants to marry Bunny’s boss’ son for his money. (Then dump his body on the South African savanna when she’s returned home.)

I’ve defined her as a shapeshifter, which is all well and good, but she needs more definition. Just exactly what is she doing? I searched my memory for role models and prior examples to help me carve her into something sharp and exciting to watch. And, I didn’t do too bad – I found a lot that works for me. But she was still fuzzy. END_OF_DOCUMENT_TOKEN_TO_BE_REPLACED

Something so odd about this picture — not a woman, not a cheetah . . . needs some tweaking. I’ve got to get Kitty’s cheetah side working with her woman side to form a whole character. Fernand Khnopff, via Wikimedia Commons

Have you ever gotten half way through a first draft and realized that one of your main characters is a cardboard cutout? A two-dimensional stereotype?

When our minds are first blocking out story, it’s sometimes easier to use stereotypes as a rough tool. The Bad Girl with a Heart of Gold, the Uncommunicative Alpha Hero, the Evil Genius in her Lair . . . . But there comes a point where you are ready to focus on some of the details, and these fuzzy pom-pom characters aren’t sharp enough to shape your plot.

I’m at that point with . . . well, to be honest, all of my characters. But this month, I’m going to concentrate on Kitty Van Texel, the antagonist to what looks like my main plot.

She’s a were-cheetah, which sounds super-cool, and it also sounds like a very specific type of the general archetype of “shapeshifter.” But looking a little deeper, she still needs more definition. What exactly is a shapeshifter? Where do they get their powers?

Off the top of my head, I can think of three types of shapeshifter. END_OF_DOCUMENT_TOKEN_TO_BE_REPLACED