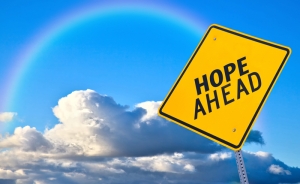 A few weeks ago, I went through a rough patch in my writing life. More accurately, I started going through the rough patch, because I haven’t yet climbed completely out of that hole of writerly despair. At least now I’m close enough to the surface to catch a glimpse of sunlight filtering down from above me.

There were reasons I fell into the hole, of course. I had too many deadlines on multiple projects converging at once. I was running a low-grade fever (precursor to a virus that towered a whole weekend and then some). I came to the realization that I couldn’t stay on course for meeting my publishing deadlines and at the same time attend an amazing writers’ conference being held in paradise this coming fall. I bailed on paradise because it was the right thing to do, but sometimes the right think sucks.

But there were deeper reasons, too. Poking a stick into a story idea that’s not baked enough yet. Coming to the point in one of my stories where I realized it’s all complete drivel (this happens at several points per story for me; YMMV). Falling into the pit of despair known as imposter syndrome. I knew talking to someone would help, but I wasn’t ready to share with other writers (which makes up about 90% of my circle of friends and acquaintances IRL) for fear of hearing well-meaning advice or platitudes, neither of which would have worked for me in that particular state. In fairness, my wonderful friends who also happen to be writers would have known not to do that, but I was stuck down in that hole, not seeing things all that clearly.

Which left me with the small number of non-writers in my life, and led to the realization that not only did I not want to discuss the trials and tribulations of the writing life with them in that moment, I didn’t want to discuss those harsh realities with them ever. I really had to ponder my own reaction. These are good eggs, kind people, of the loving and caring sort. Why did I recoil from sharing these truths with them? Maybe I was afraid – to paraphrase Col. Jessup from A Few Good Men – they couldn’t handle the truth, because most conversations with non-writers that touch on writing reveal a lot of misunderstanding about what it means to pursue the writing life. END_OF_DOCUMENT_TOKEN_TO_BE_REPLACED