We’re already more than a month into the new year, although I haven’t stopped feeling celebratory about the ending to the last one. I’ve spent my time at home, as always, chugging along on my various projects, which include revising several manuscripts that I hope to publish this year.

Revising a manuscript that I’ve left to marinate for a while always raises questions for me, some of them structural and fundamental and some more stylistic. One of the elements I most fret over is the ending, which of course I want to be happy and upbeat, but how can I best deliver that? How to avoid cliché? How to tie things up in a way that satisfies readers but leaves them wanting more?

END_OF_DOCUMENT_TOKEN_TO_BE_REPLACED 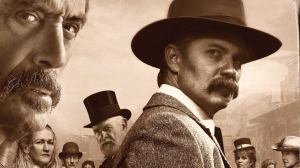 Last week, a friend of mine, who happens to be a writer (quelle surprise!) posted in her Facebook group about being obsessed with beginnings and endings as she starts a new writing project. I’m in the same headspace right now for a couple of reasons. The first is that I’m about to embark on my own new writing project. The second is that my husband and I finally got to watch a proper ending for an HBO series we loved that died an unexpected death thirteen years ago.

We were Johnny-come-latelies to the prestige TV phenomenon of the series Deadwood. But after years of having the story recommended to us by trusted friends, we eventually watched the first episode. And we were hooked.

The very first scene* had a twist I saw coming but couldn’t quite believe would really happen. The first season introduced a community of characters who were sometimes repulsive but always magnetic, storylines that focused on character minutia but were simultaneously sweeping, dialogue that was vulgar while also Shakespearean. And as we watched the last episode of the third and final season, we realized with dismay what the show’s early fans had experienced in 2006–this amazing story, unexpectedly canceled after the third season had wrapped, never got a proper ending. END_OF_DOCUMENT_TOKEN_TO_BE_REPLACED 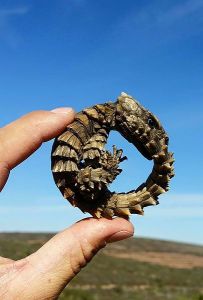 We talk about starting a story with an inciting incident, and it should be an exciting time. Something changes; something is new. As someone says (many attribute it to John Gardner), there are basically two story beginnings in the world: someone takes a trip, or someone new comes to town.

It’s an opening up of possibilities. It’s also a slamming of doors. Options are cut out of the picture by whatever happens in the beginning. One of my favorite examples of this END_OF_DOCUMENT_TOKEN_TO_BE_REPLACED

In our McDaniel classes, we spent one of the modules comparing the beginnings of our books to the endings. We looked for ways that our final scenes echoed the first ones with elements such as location, characters, and repeated motifs. And we looked at the differences that showed how the characters had changed over the course of the book to make sure the character arc of the protagonist was complete. I wrote about this idea of beginnings and endings and coming full circle in this post last fall.
Another thing we considered during this exercise was whether, by those final scenes, our stories had fulfilled the promises we’d made to the readers with our story openings. It was this aspect of analysis that haunted me this past week when I got back to my WIP. END_OF_DOCUMENT_TOKEN_TO_BE_REPLACED

Most people who know me in the non-internet world, and a few who know me via the internet as well, know I am a HUGE Beatles fan. I am not of the Beatles’ generation or the time period of their music, but I love their work, their persona, and their lore with the intensity of a thousand suns. So imagine my pure joy when, last week, I came across a local radio station playing the original Beatles collection (albums released while they were still together as a group) on vinyl. And in listening to the beginning and end of this day-long broadcast (with the inconsiderate interruption of the day job in between), I got to thinking about story beginnings and endings. END_OF_DOCUMENT_TOKEN_TO_BE_REPLACED