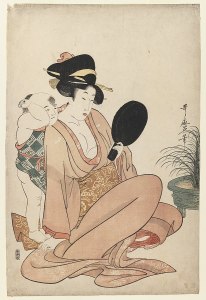 Motherhood in fiction: can the mother still see herself after she has children? (Image via Wikimedia Commons)

In genre fiction, many heroines and heroes have lost their mothers. Before medical advances, moms died. A lot. Childbirth, exhaustion, diseases that we can fix with a round of antibiotics . . . people in the 19th century knew about motherless children and orphans. Everyone had a cousin or a friend who had lost a mother (or had lost one themselves), so as a literature plot point, it packed a lot of punch and came with built-in baggage.

When mothers do appear, they are rarely the main character.

This is somewhat understandable. As a mom myself, I didn’t have the energy or the time to be a hero, unless it was the Hero of the Gastroenteritis of 1997 (when the child was exploding out of both ends), or the more everyday adventures of Dinner on the Table. Nobody wants to read a 75,000 word novel about that.

However, moms often have great reasons to go beyond and above the call of duty. After all, these “mama bear” chestnuts don’t get thrown around for no reason. If you mess with a woman’s kids, you can’t predict the results. Moms get proactive, creative and, to be honest, sometimes irrational when their children are in danger. They’ll push their kids out of the way of cars, donate a kidney, fight a pouncing cougar or rush into a burning building to rescue their children.

Two fictional mothers stick in my mind. One was the fiercely independent Stella Johnson (played by Barbara Eden) of the Harper Valley PTA. I was only nine or ten when I saw the movie, but I still remember how this mom kept her humor and was true to herself. Being a mom wasn’t integral to the plot (except, perhaps, that she needed a reason to be part of the Parent Teacher Association), but it was an essential part of her identity. She was a make-up saleswoman with style and flair, and she bested all the fuddy-duddy conservatives in town with the help of her free-spirited neighbors who were also sick of the oppression.

The other mom I admire greatly is END_OF_DOCUMENT_TOKEN_TO_BE_REPLACED 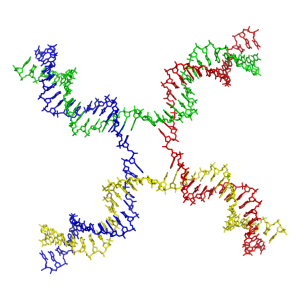 Genetic manipulation is a little bit scary — if we set it 800 years in the future, it’s a little easier to look at.

First, the biggest news of my week. On October 21, 2015, Lois McMaster Bujold’s new book, Gentleman Jole and the Red Queen, went up for sale as an eARC over on Baen.com (her publisher’s website here).

GJ&RQ is a wonderful book. If you love the Vorkosigan series, I heartily recommend it. If you haven’t sampled the Vorkosigan series yet, I suggest you start at the start with Cordelia’s Honor (an omnibus of Shards of Honor and Barrayar) and work your way through the entire saga. Not because it’s necessary, per se, but because you’ll be able to really appreciate Bujold’s fine sense of nuance. She’s a master of backstory, of showing how past events continue to echo throughout a life. On the one hand, the parts of GJ&RQ add up to a beautiful wholeness in a territory we don’t see much in either speculative fiction nor romance. But when you know what came before, you get something even bigger than the book in your computer files. You get a life. A life that isn’t finished at 76 by any means. END_OF_DOCUMENT_TOKEN_TO_BE_REPLACED