A few weeks ago, I attended a book talk at Paragraphs Bookstore in Mt. Vernon, Ohio with Donna MacMeans, a member of my RWA chapter and former treasurer of RWA National.

Donna’s first novel, The Education of Mrs. Brimley, won the Golden Heart® for Historical Romance back in 2006. She has since followed it up with nine more published novels.

At Paragraphs, she described the book as “a book-length strip-tease.” She went on to explain the premise: unmarried Emma needs to escape London and the twisted domination of her uncle. She discovers an advertisement for a teaching position in Yorkshire, but the successful applicant must be a widow. Desperate, she applies anyway, forging a reference that nets her the job. Then, attired in her late mother’s widow’s weeds, she heads for Yorkshire. END_OF_DOCUMENT_TOKEN_TO_BE_REPLACED

Romance may be the single most complex genre of fiction there is.

A romance author has to juggle five different arcs:

That’s at least double most other genres, which have a plot arc and character arcs for only one or two characters (and sometimes no character arc at all).

To make things even tougher on the romance writer (though easier for the reader), some of those arcs should line up, sharing common turning points.  Let’s do a hypothetical example:

Our Heroine wants to open a bakery in the perfect location in her little town. She has a character flaw, though. She hates confrontations and backs away at the first sign of conflict. 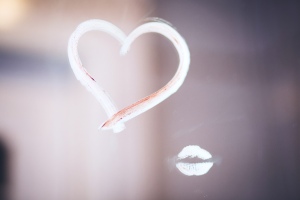 Because most of us here on the blog write (and read!) a lot of romance, the week of Valentine’s Day presents an opportunity to talk about that core component of a romance story: love. More specifically, believable, happily ever after (HEA) love.

I thought about HEA love this past week when Maria V. Snyder posted on her FB page about the need for Valentine’s Day cards for 25+-year relationships, cards along the lines of “you annoy me and drive me crazy but I’m still willing to put up with it” or “we worked hard to mesh and I don’t want to train anyone else”. Yeah, those aren’t quite the messages we tend to read or write in our romance novels, but they are tongue-in-cheek reminders that there are real-life HEAs.

Back in the fiction world, though, that ‘believable HEA’ part isn’t always easy to write, and doesn’t always resonate with readers. For example, END_OF_DOCUMENT_TOKEN_TO_BE_REPLACED

The birds are singing, the sap is rising, and we’ve been talking a lot here on the blog about writing great sex scenes.

Kay started the party by sharing her battle to reward her long-suffering hero and heroine with a gold-plated, caviar-coated, champagne-drenched, Lamborghini-driving, high-quality, meaningful one-on-one. Last Saturday Michaeline shared her thoughts on the sex scenes in Charmed and Dangerous, an anthology of short gay fantasy stories, and yesterday she told us about a pair of happy couplings she decided not to write. In between, Nancy gave us five points to ponder about writing sex in the romance genre.

I’d like to drop another suggestion into the mix.

END_OF_DOCUMENT_TOKEN_TO_BE_REPLACED 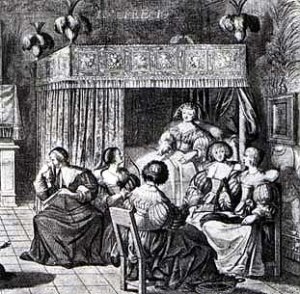 “Y’all are fine right now, but as soon as my honey gets here, we’re a-shuttin’ this curtain and gettin’ through four sets of corsets.” (Image via Wikimedia Commons)

Last week, a lot of us had a lot to say about sex scene (Kay, me, Nancy on 8LW), and I had a major breakthrough. In romance, the sex is often supposed to show the POV character going in for orgasms or fun or comfort . . . and coming out with orgasms, fun, comfort AND True Love.

That explained a lot about the sex scenes that I haven’t written in the past.

Last year, I wrote a romantic short story where I quite firmly closed the bedroom door on the readers. There really was no point. As far as I was concerned, the pair had shown their Natural Compatibility through fighting to defeat the villain. They were on the same wavelength, and they gained mutual respect for each other through the fight scene. So, when they headed off for post-battle sex, there was really no point in showing that, I thought. (-: Pardon the pun, but it would have been anti-climactic. The sex was a reward for a job well done, and I left it to the readers’ imaginations to envision their own very satisfying happy ending.

In a different short story, my characters were having really great sex. And again, I END_OF_DOCUMENT_TOKEN_TO_BE_REPLACED

In the song I Want Your Sex, GM sings: “Sex is natural, sex is good. Not everybody does it, but everybody should.” What do your characters think about that suggestion?

Followers of the blog know we started the discussion of sex – specifically, writing sex scenes – last week, when Kay talked about her difficulty writing the next (and more meaningful) sex scene between the h/h in her WIP. On Saturday, Michaeline followed up with some observations about different kinds of sex scenes and some words encouraging writers to practice writing them. Today, as someone who has written many sex scenes over the years, had them critiqued by other writers, and even survived having both my mother and mother-in-law read a book with some really hot stuff happening, I thought I’d add my two cents, or in this case, five points to ponder, about writing sex into a romance story.

1. A scene is a scene is a scene. When is a scene in your story not a scene? Never! So, it stands to reason that a sex scene will, in many ways, be like the other scenes in your book. As Kay and Michaeline both pointed out in their posts, scenes exist in a story for one reason – to move the story forward. That’s why the best scenes tend to have conflict, beats, escalation, and a turning point.

Conflict in a sex scene? END_OF_DOCUMENT_TOKEN_TO_BE_REPLACED 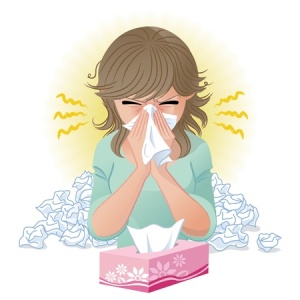 Do you have a favorite book or author you always read when you’re feeling under the weather?

I’ve been out of sorts for a day or two, but during Friday night I hatched out the mother of all colds. I’m not properly ill, just the usual—head full of cotton wool, sandpaper throat, sneezing the house down—and feeling very sorry for myself.

I had a couple of possible posts in mind for today.

My first topic was the preponderance of gratuitous sex scenes in the mainstream romantic fiction I’ve been reading lately. I love a well-written sex scene, but I expect it to follow the same rules as any other scene–it should be particular to the characters and it has to move the story. Two people repeatedly having a good time together, however inventive they may be, does not of itself move the story forward. It takes up pages of real estate that could better have been used to make the relationship and eventual HEA between the H&H unique and unforgettable.

The alternative was to discuss a romance I just started. It’s standard paranormal romance, not erotica. I’ve only read a chapter or two, but it’s a continuation of a series so I’m already familiar with the characters. I’m reading on, because I like the author, but I’m filled with trepidation because there’s a huge gap in age, experience and status between the H&H. He’s mid-forties, a good guy in a dominant leadership position. He’s freaked out to find himself head over heels in lust with a nineteen year-old girl END_OF_DOCUMENT_TOKEN_TO_BE_REPLACED