and for locating woodland ephemerals.

So, although my second draft is lagging well behind where I planned and there’s always promotional work waiting for my attention, that’s what I’ve been doing.

Spring fever always makes me think of this poem:

I Meant To Do My Work Today

I meant to do my work today—
But a brown bird sang in the apple tree,
And a butterfly flitted across the field,
And all the leaves were calling me.

And the wind went sighing over the land,
Tossing the grasses to and fro,
And a rainbow held out its shining hand—
So what could I do but laugh and go? I watched some of the American election returns on Tuesday night, and since then I’ve been struggling to put words on the page. I’ve been upset and depressed and paralyzed. Writing is usually my stress reducer. What can I do?

Like many writers, I turned to Google. And I found a 1961 article by Philip Roth in Commentary Magazine. Philip Roth is not my favorite writer and 1961 seems like a long time ago, but political turmoil has always been with us, and his words resonated with me today.

“The American writer in the middle of the 20th century has his hands full in trying to understand, and then describe, and then make credible much of the American reality,” he writes. “It stupefies, it sickens, it infuriates, and finally it is even a kind of embarrassment to one’s own meager imagination.”

Some of his examples of a sickening and stupefying American reality seem quaint today. [following italics are mine]

“Who, for example, could have invented Charles Van Doren?” Roth asks rhetorically. [Van Doren participated in the television quiz show scandals in the 1950s and testified before Congress.] “…Sherman Adams [President Dwight Eisenhower’s White House chief of staff, who lost his job in a scandal when he accepted an expensive vicuña coat] and Bernard Goldfine [guy who gave Sherman Adams the vicuña coat]? Dwight David Eisenhower [boss of the guy who took the vicuña coat]?”

Those crimes seem awfully minor these days, don’t they? Or maybe they seem like small potatoes only if what our current president has done in the White House upsets and sickens you. Roth wrote: END_OF_DOCUMENT_TOKEN_TO_BE_REPLACED

I’ve just finished drafting a short story titled “Original Sin.” It’s the origin story of Lilith, the demon who has been a minor character in every Touched by a Demon story so far. I’m planning to offer it as a freebie to all the subscribers to my newsletter.

Because I don’t plan to receive any revenue from this story, it’s really tempting to cheap out on the cover. (Likewise, to skip paying an editor.) But if the story’s purpose is to attract and keep readers, it needs to be shiny and polished—my best stuff.

I was thinking about doing a cover depicting the Garden of Eden beneath the arc of fiery angel wings that are the hallmark of my first two covers but Eight Lady Jilly thought that was a mistake.

“I’m convinced,” she said, “that the most effective covers for romance depict the main character.” Her cover for The Seeds of Power, you may recall, features Princess Christal Hollin of Larrochar and it’s worked well for her. END_OF_DOCUMENT_TOKEN_TO_BE_REPLACED

For the past two weeks I was on vacation, on a bus tour of the Canadian Maritimes. It 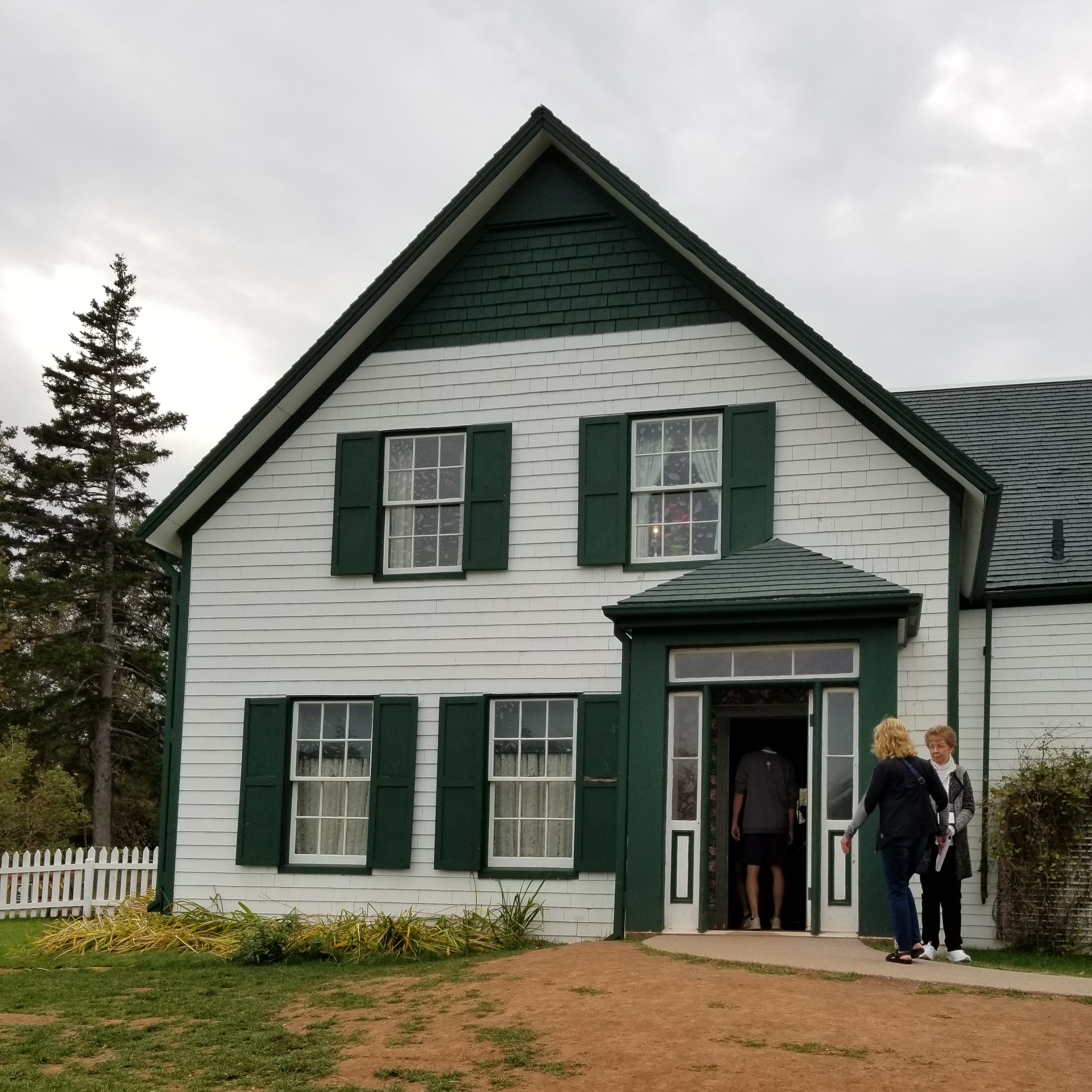 was eye-opening, making me realize that I know almost nothing about the history of the country right next door to mine.

We toured Nova Scotia, Cape Breton, Prince Edward Island and New Brunswick, visited a ton of museums and parks and ate copious amounts of seafood. Aside from learning a little about the earliest colonies of our next-door nation, I also had a chance to observe a professional tour guide at work. 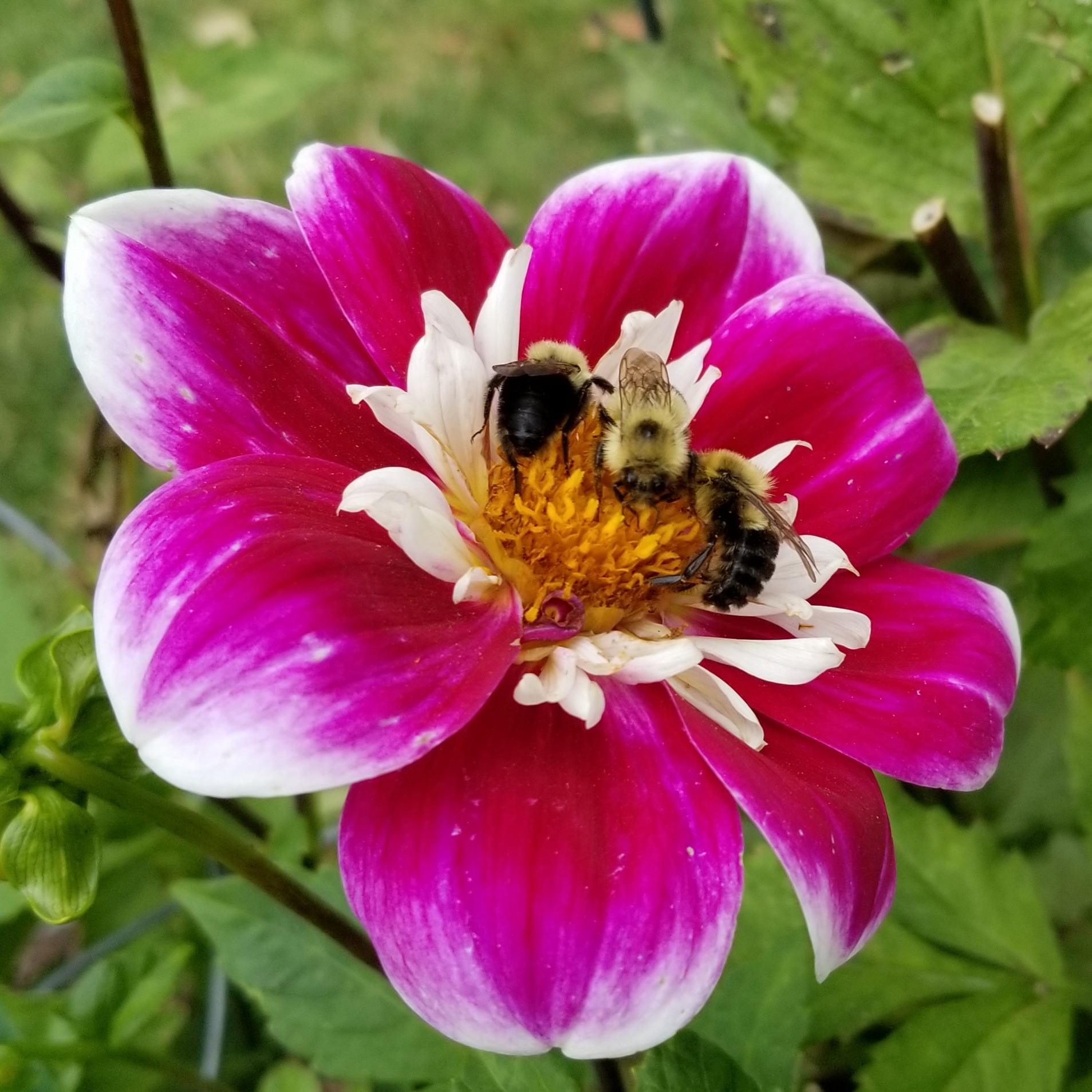 Even their bees are polite and cooperative

Example: A week before our tour started, Dorian landed in Nova Scotia as a Category 1 hurricane. Although that’s clearly less devastating than the number it did on the Bahamas, when it was a Category 5, it left much of the province without power for several days, which meant Rod had to re-book all the hotels and restaurants on the fly while keeping up with the ongoing, day-to-day work of the tour.

One evening over dinner, I asked him to describe the most difficult thing he’d ever had to deal with as a tour guide, figuring Dorian probably topped the list. Nope. He said the worst thing was a couple in their 80’s who decided, mid-tour, that they wanted a divorce—and expected him to act as their marriage counselor. The other issues he described were equally people-oriented.

Which made me think what a great premise for a romance series this could be.

I’ve been wanting to write a contemporary series that would be more tightly linked than my demon series, which shares a few characters, and a common setting (Hell), but has no series arc to pull readers from book to book. So, with help from Rod and some of my fellow-travelers who have taken many, many of these tours, I devised an idea for a series about a family of siblings who grew up in the tour business in Sedona, AZ. Following the untimely death of their parents, they have to figure out how to go forward with the company, which is not only their livelihood, but their parents’ legacy, juggling all the dysfunctions and competing goals of any normal American family.

I have the series arc plotted out and a good handle on the GMC for the first book. I even managed to write about 700 words of a first scene on Friday at the hotel and on my flight back to the U.S.

John, the evangelist, represented as an eagle, seen in Lunenberg, Nova Scotia

Unfortunately, I arrived home with the cold from Hell—or, more accurately, from Oklahoma, since the nice couple who so generously shared it with me hailed from the Sooner state. Expect to hear more about this series once I’m back on my feet.

In the meantime, enjoy a few pictures I took in the Maritimes.

Yesterday, we took a look at our influences from the past with the “Who are Your Literary Parents” game. Today, let’s move our past into the future with a new game from Bitter Script Reader, who says: “Good news! Your next pilot’s been ordered to series before you’ve written it.

“The catch: it’s pre-cast with your celebrity crushes when you were 13. So how are you building a show around that?”

Good news! Your next pilot’s been ordered to series before you’ve written it.

The catch: it’s pre-cast with your celebrity crushes when you were 13. So how are you building a show around that?

I said:
“OMG! They got Robin Williams! OK, it’s going to be a END_OF_DOCUMENT_TOKEN_TO_BE_REPLACED

So, what does your literary family look like? (Image via Wikimedia Commons)

This has been a very good week for Twitter games for writers – games that boost creativity and make you think about your writing roots, and what you love. It’s nice to take a break and remember the joy of writing, so let’s take a few minutes this weekend to have a little fun.

Today’s game is from Amber Sparks, who writes: “Who are your literary parents? You only get two, duh. Any gender of course.”

Who are your literary parents? You only get two, duh. Any gender of course.

(-: And then she promptly breaks the rules with: END_OF_DOCUMENT_TOKEN_TO_BE_REPLACED


I usually write my blog posts on Sunday afternoon, but this Sunday, after a week of rain and cold, the weather turned beautiful. So, instead of hunkering down at my desk, I bopped up to the garden center around the corner and bought geraniums and begonias to fill my front porch planters. And then I spent a happy afternoon playing in the dirt.
We’ll categorize this post as “Work Life Balance.” 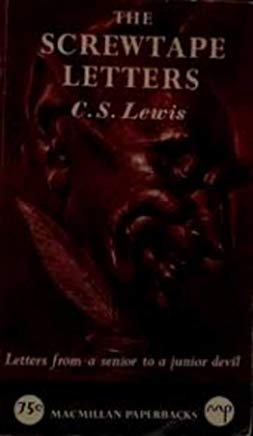 Last Saturday, I was hiking with a friend who was around for the full pre-publication lifespan of The Demon Always Wins. (I started working on it in May, 2012 and didn’t publish until September, 2018.)

In preparation for writing The Demon Always Wins, I read:

END_OF_DOCUMENT_TOKEN_TO_BE_REPLACED

I spend entirely too much time on the internet, but when it pays off, it pays off big. I stumbled upon a virtual boyfriend audio clip on YouTube today. (ASMR Roleplay: I’ll be your muse [Comfort for Artist’s . . . .  8:32)

It’s a ten-minute romantic interaction with a boyfriend. I find it a fascinating model, because it’s very direct and intimate with the listener (second person POV comes in handy for once, babies!), yet it’s got a distinct narrative. It’s almost like an audio book.

This particular story has some cringe in the beginning – I find the boyfriend too bossy and condescending (although, I feel some women and men might find him very caring and “doing it for my own good”). As the story goes along, though, the boyfriend is encouraging (the listener plays the part of an artist with creative blockage, and the boyfriend offers to be their muse), and there is a lovely part where he reminisces about “our” plans together.

Quite honestly, when I have writing blocks (which is ALL THE GODDAMN TIME), I would prefer NOT to be encouraged. It makes me feel guilty. However, when it’s a fantasy boy, and not a real person, it makes a lot of difference. And . . . if I wrote a story about a perfect lover who said and did all the right things, it might be quite comforting. More importantly, it could be comforting and fun for other people, as well.

I’d be very interested in hearing what you think about this format – the ten-minute short story, read aloud and then distributed through 21st century technology. Does it spark any ideas? Or would you just rather read a well-loved romance novel again for the umpteenth time?

(Nothing wrong with reading a well-loved romance novel again for the umpteenth time – I do it several times a year. It’s just that I’m so pinched for time lately that if I could find the niche “YouTube Boyfriend” that massaged all my buttons, and did it in ten minutes flat, I’d be ecstatic.)

I know several of the Eight Ladies (myself included) have used music playlists for writing, either because it “goes” with the book they’re writing or, like with me, there’s a certain Mozart playlist that generates a Pavlovian response within me to write. When I hear the music, my inner storyteller kicks in.

This is all well and good except the music I listen to is pretty upbeat (for Mozart, anyway) and I was having a hard time getting into the right mood to write some really dark, painful, sad scenes (not my typical mojo).