Here’s the seventh episode in the saga of Jordy MacHugh, a Canadian music teacher who inherits a derelict Scottish estate by the sea and decides to build an opera house.

So far, Jordy has acquired twin baby girls of unknown parentage and a housemate, Jenny from Kansas. She arrived in the Highlands as a tourist and has stayed to help Jordy look after the girls. She’s in deep waters now, even if she did reject Jordy’s chivalrous offer of marriage. Then, a mysterious woman appears on Jordy and Jenny’s doorstep. She claims to be the girls’ mother, but she has no documentation except a blurry old photograph. I was hoping Kay might tell us more about her, but instead she asked Who Is Alanis McLeish?

In keeping with the Friday writing sprint challenge, this installment includes a character who gets caught in a lie, and the words flowers, fumbling, sweet, dazzling, bribery, charming, mirror, calculation, truth, forgiven, identity, growl, nightmare, freckled, alarm and preserve.

The story so far…

“Those girls are mine, I tell you.” The young woman’s face crumpled. “I know what you must think. I meant to—but I can’t look myself in the mirror anymore. I can’t face what I did. Or forgive myself.” 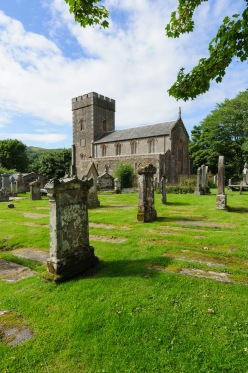 The twins are mine. Jordy bit back the words. The woman—Alanis—seemed distressed, and desperate. She was almost certainly in need of professional help, but there was no calculation in her manner. She didn’t strike him as a liar.

He examined the crumpled, blurred, black-and-white photograph she’d given him. Flimsy, freckled with mildew, worn from frequent handling. The image was oddly familiar. He’d seen it before, or something very like it. Where?

He knew that rocking chair. Hell, he’d sat in it, wondering if it was sturdy enough to take his weight. It was, like everything in the Pointing Dog, charming but built to last.

“Don’t go anywhere.” He handed the photograph back to Alanis.

He ducked into the cottage and closed the door behind him. Grabbed the phone and dialed the Pointing Dog. “Maeve?” He didn’t waste any time on social niceties. “Do you know anything about a woman called Alanis McLeish?”

The sharp intake of breath on the other end of the line told him he was on to something.

“Tell me what you know. The truth, please, however difficult or improbable.”

When Maeve had finished talking, Jordy let himself into the back room, where Elspeth and Isla lay chuckling happily in their carved wooden crib. He leaned close, breathing in the familiar smell of their sweet, clean selves and kissing their plump, dimpled cheeks. Then he lifted them up and tucked them into their carrying basket.

If Maeve was right, this village was even stranger than he’d realized. If she was wrong—he swallowed a growl—nightmare. Jenny’d think he was crazy. She’d leave without giving him the chance to woo her. He’d never be forgiven.

He had to try. He tucked the girls’ basket in the crook of his arm, opened the cottage door wide and stepped outside.

Jenny stood with her back to the wall, hands on hips, lips pursed. He tried not to wince as her eyes opened wide in alarm.

“My bairns!” Alanis broke into a smile as dazzling as first light on the loch.

“I’m afraid not,” he said. “I’m sorry for your loss, but Elspeth and Isla are not your daughters.”

Jordy set the basket down and scooped up Isla. Jenny cried out and then slapped a hand hard across her mouth as he held their precious girl out to Alanis. “This little one is Isla McHugh. Would you like to hold her? I’m told that would be the best way to convince you of her identity.”

“Aye. Aye, I would.” Alanis stumbled forward. Tears streamed down her face as she reached for the baby, fumbling a little in her eagerness.

Jordy was braced for it, but he shivered as Alanis’s icy hands passed clean through his. He stood his ground, unmoving. Isla whimpered and then started to bawl as the poor woman tried again, and again, clawing the air with increasing desperation.

The noise she made as she finally stepped back would have wrung a harder heart than Jordy’s.

“Caitlin and Aisling died more than a hundred years ago. I am so sorry for what happened to them, and to you,” he said gently. He tucked Isla against his chest and she immediately exchanged her howls for a contented gurgle. “I promise it will never happen to these girls. I swear to you on my life, I will let no harm befall them.”

Alanis stared down at her incorporeal hands, trying to preserve what was left of her shattered composure.

Jordy kept his voice soft. Call it a reward, call it bribery, he had to offer her something. “If you’d like to keep watch over them, I’d be honored.”

Alanis’s head snapped up. One pale, thin hand snaked out, its index finger pointing straight at Jenny. “But what about her?”

“What about me?” Jenny snarled.

Jenny’s fierce expression froze. The blood drained from her face, leaving her paler than Alanis. “I can’t… I don’t…” She tried again. “I wouldn’t…”

She took a deep breath, bent down and fussed with Elspeth’s blanket. For a dozen heartbeats the only sound to be heard was a fat, fuzzy bumblebee, diligently gathering pollen from the clematis flowers around the door. Then Jenny gently lifted Elspeth from the basket. Cradled the babe close and looked at Jordy with her heart in her eyes. “I want to stay. For the girls. For you. For me. For good. If your offer stands.”

“Then I can go.” And with that, soft as a whisper, the ghost of Alanis McLeish turned and drifted through the flowers, out of the garden gate and toward the churchyard beyond.

So where does that leave Jordy, Jenny and the girls? Is that the end of their adventure?

Join us tomorrow to find out what happens next.