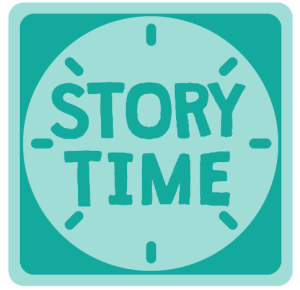 Hi there.  Welcome to Wednesday and another story short.

Today’s offering, which eventually evolved into a book, all started with a Friday Writing Sprint.  I’m now attempting to revise that book into some sort of reasonable shape, but it’s a challenge since the mystery can’t decide if it’s tongue-in-cheek or serious.  As you will see from the snippet below, there was nothing serious about how it all started.

So, without further ado, here is how Cassie and Nicoli first met at Barnacle Bob’s, based on the prompts from a Friday Writing Sprint, which included the words from the following list: salubrious, mythical, high-class, antique, glow, cosmic, costume, wholesome, photograph, barnacle, delightful, legendary, dolphin.

Cassie dug through the pile of shoes on the floor, searching for the just the right pair for tonight’s undercover assignment as the Dolphin Lady at Barnacle Bob’s Bordello and Steakhouse.

“Perfect,” she said, fishing a pair of green and blue sequined stilettos out from beneath a flip-flop and her old hiking boots. The shoes were just what she needed to complete her costume. She had fond memories of the last time she wore them, though her informer Snake would probably disagree since, in a pinch, the stilettos were detachable and lethal.

Though hardly a wholesome enterprise, Barnacle Bob’s was far from the least salubrious case Cassie had been on recently. She hadn’t exactly volunteered for tonight’s assignment. The costume fit, so the job was hers, simple as that. Better than being back at the precinct dealing with paperwork.

Bob’s wasn’t a high-class establishment, but they’d never had any trouble. Looking for an evening with a mermaid, sea goddess or water nymph along with a 16-ounce Porterhouse? Barnacle Bob’s was the place, or it was until last week when patrons started mysteriously disappearing.

First Mr. Masters failed to come home after his date with Melinda the Mermaid Girl, then Councilman Andrews never even made it to his date with Bob’s newest water nymph. The Sin Palace down the street that catered to a higher-class of customer wasn’t immune from trouble either. Business was down, which meant tax revenues were down, which meant the Mayor was not a happy man.

The locals, who were a superstitious lot, claimed the trouble was all tied to the theft of an antique amulet from the Egyptian Museum over on Fourth Street. They insisted it caused a cosmic disturbance that led directly to the current problems.

Cassie had her doubts. So did Chief Daniels, who thought it had more to do with the Papadopoulos twins than cosmic trouble. Rumor had it they were trying to start up a competing business of their own here in town. Their Temple of Pleasure, down on the coast was legendary for its mythical offerings.

Cassie gave her costume a final check, picked up her dolphin mask, and headed off for Barnacle Bob’s and her date with Nicolai Papadopoulos. If he was involved in the current mayhem, she’d find out. She had many delightful ways of getting men to talk; some of them were even legal.

Cassie gave her fins a final adjustment just as the hostess showed Nicolai into her room. The surveillance photographs she had seen hadn’t done him justice at all. Six-plus feet of living, breathing Greek god. The temperature in the room rose a few degrees and she resisted the urge to fan herself with a fin. She was just considering the legality of stripping him naked – just to make sure he didn’t have any hidden weapons – when a strange glow appeared behind him, followed by a loud bang.

Nicolai fell forward, crashing into her. She smacked her head into something as she landed on the ground, his dead-weight on top of her. Her last thought, as the darkness closed in was that this wasn’t quite the scenario she had in mind when she fantasized about getting closer to Nicolai.

If you enjoyed that short and are hankering to see what others did with these same random words, head on over to the original post and check out the entries in the comments section.