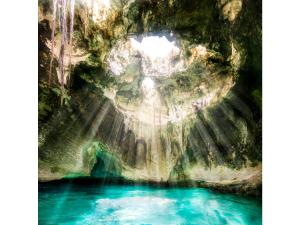 As I mentioned last Wednesday, I’ve been looking back at the past a bit lately, digging out old stories and seeing if they can be resuscitated or reimagined.  This week, those “digging in the past efforts’ were a direct result of a spate of technology upgrades.  There’s noting like having gigabytes of files to move around to make a person think “what is all this stuff and do I really need it?”

One of the things I found, misfiled in a folder entitled “receipts,” was a number of story shorts, written during the Friday Writing sprints.  Some of the shorts weren’t worth saving and took a one-way trip to the recycling folder, but a few others were amusing enough to keep.

I thought I’d share one of my favorites today.

So, without further ado, here is my short story based on the prompts from a Friday Writing Sprint, in which the main character has to deal with a difficult client, including the words: moonbeam, undersea, bulldog, entertain , lonesome, miserable, façade, ambush, bluntness, cynical, wealthy, detox, grill , chain, audience, injury

A lone moonbeam traced a path across the surface of the infinity pool while the glowing undersea grotto in the corner added eerie splashes of color.

Melodie “Bulldog” Henderson surveyed the area with an eagle eye as if she was searching for enemy combatants, then made a few notes on the clipboard she held in one hand before issuing a series of low-voiced orders into the cell phone in her other.

Despite her playboy client’s conflicting orders and continually changing plans, security for tonight’s entertainment would go off without a hitch under Melodie’s management.

Melodie, who’d spent years in some deep dark secret ops part of the military taking down high-value targets while avoiding ambushes had traded in her high-tech weaponry and camo-pants for a lucrative career protecting those with too much money and too little brains.

It was harder than it sounded.

Giovanni Alighieri (no relation to the poet) was a pampered, petted, playboy.  Those with more charitable natures, swayed by his beautiful features and tendency to throw money around like it was confetti, felt his façade hid a miserable, lonely interior.

Melodie was not convinced.

She was pretty sure all it hid was a low-level intellect and someone with too much free time on his hands and too little impulse control.  She kept that blunt assessment to herself though.  She might be cynical, but she wasn’t stupid enough to bite the hand that fed her.  The very very wealthy hand.  That fed her very very well.

Melodie checked her watch.  Gio should be on his way out of detox at that very minute, assuming he hadn’t done something stupid.

She’d doubled the security detail responsible for picking him up, just in case, and now checked the progress of their cars on her phone while she watched the caterers setting up the grills that would soon be loaded with ridiculously expensive exotic seafood and meats that would no doubt go mostly uneaten by party-goers more interested in posting selfies with the “Playboy Prince” on Instagram than eating.

The liquor was another story.  If tonight’s crowd was anything like the last, there wouldn’t be a drop to drink left by the end of the party.

A series of car headlights flickering across the stone wall encircling the mansion heralded the arrival of Gio.   Melodie scanned the yard one more time before turning toward the house.  There hadn’t been any incidents with intruders since the chain-link fence at the back of the property was replaced with a spike-topped stone wall, but one could never be too careful.  Some idiots would do anything for an audience with the “Prince”, though the possibility of a fatal injury made it less likely.

As Melodie reached the first terrace leading to the flagstone patio, Gio burst through the French doors proclaiming, “change of plans!  We’re moving the party to my new yacht.”

To her credit, Melodie took the change in stride, although anyone who knew her well would have seen the warning in that twitching muscle on her neck.   Gio, of course, was oblivious.

Within seconds of the announcement, Melodie had taken charge of the situation and was issuing orders.   She’d never backed down from a challenge before, no matter how big an idiot she was dealing with and wasn’t about to start now.

She had a reputation for being able to turn any challenge into an opportunity.

She mentally added a few zeroes to her invoice for the evening though.  That kind of alchemy didn’t come cheaply.