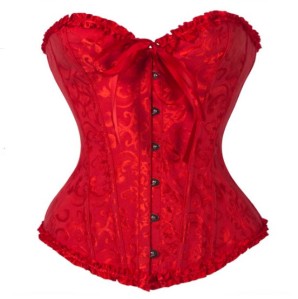 In last Wednesday’s post I mentioned a virtual panel discussion called “Bodice Rippers in the #MeToo Era” that I was planning to attend.  The event, which was sponsored by the Cary Library in Lexington, Mass., included authors Loretta Chase, Sarah McLean, and Falguni Kolthari. It was well worth listening to and, if you missed it, a recording can be found at: https://www.youtube.com/watch?v=quNLqVx3HCM&feature=youtu.be

The panelists were a combination of ages and cultures, and Lucia Macro (Vice-President and Executive Editor at Wm Morrow/Avon Books) was thrown into the mix for good measure.  One of the topics the panel delved into was why the bodice-ripping/ rape-y fantasy stories were so popular in the 80s and 90s and how they reflected society’s attitudes toward relationships and sex.  The consensus was that the stories weren’t just written for entertainment value and escapism, they provided a mechanism for women to explore sex on paper, in a way that would have been unacceptable in real-life.  For some women, they continue to play that role today.

I’ll admit that I’m not a fan of the forceful hero who has his way with the heroine despite her cries of “no, no, no,” but looking at that set-up as a mechanism for the heroine to experience (and enjoy) sex outside of marriage because she “didn’t have a the choice not to,” puts things in a different light.  Those stories still aren’t my catnip, but at least I can se beyond the page and recognize that there is a layer of societal subtext there as well.

It was interesting to note that, while Loretta Chase was writing in the 80s and 90s, she never wrote bodice-rippers.  She joked about not following the standards of the time, noting that the first book she wrote after her Regency category-style romances, was a romance-adventure-type story set in Albania (The Lion’s Daughter, for those who are curious).  That “not following the standards” comment led to a discussion about what can and can’t be done in stories, not from the reader’s perspective but from the publishing perspective.   Lucia Marco confirmed that, contrary to popular opinion, there is no set of rules regarding what is or isn’t published or what is or isn’t in a book.   There is no rule saying when the hero and heroine need to get together, how many sex scenes there should be, or how long a story should be (ignoring structured category romances).

When asked about why she published shorter rather then longer books, Lucia answered that “authors bring me shorter-books, so those are what I publish.”  It was amusing to hear that one of the authors got feedback to make her stories longer while another got the opposite advice.  What that tells me is that the only real rule is to write an a strong, engaging story.

Although there was some interesting information presented, the best part of the panel was hearing the panelists talking and laughing together.  It was like having a group of really entertaining friends over to the house and, after 8+ months of lockdown, that was a very welcome hour-and-a-half.

I’m on a search to find other events like this.  If you encounter any or have any suggestions, please post them in the comments.