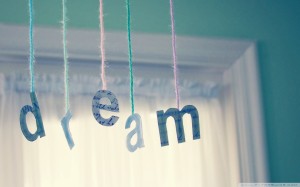 A few days ago I woke up with a story in my head.  Well, the idea for one at least.

That may not seem like a very surprising thing–especially for a writer–but for me, it felt like a major victory.

As may have been evident from my inability to even generate anything that I’d be willing to post on our Friday Writing Sprints, I have been in a bit of a creativity dead zone.  Well, maybe more of a creativity black-hole or maybe a giant creativity void.  Whatever it was, it seriously impacted my storytelling abilities.

I blame the pandemic.

But then Sunday morning, somewhere between asleep and awake, the remainder of a dream fluttered around in my head.  I discarded the actual person who had featured in the dream and thought up a new character to fill the role.  Then I thought of a hook that could turn the dream snippet into a real story.

Then I started to think I might really have something.

All day long, as I did laundry and weeded the garden, I thought about the dream-that-might-be-a-story.  I thought of bits and pieces that stuck with me long enough that I could even write them down.    Definitely a major step forward.

I don’t want to jinx anything or get into the details, but let’s just say I have two strangers, who don’t trust each other in the least, who have been forced into circumstances where they have to protect and get another person to safety within a time constraint and against as-yet-undecided external forces.

I haven’t been this excited about a possible story in quite some time.

I credit our recent discussions that we’ve had about plot, as well as a book I just finished reading which should have been a primer for how to write a story with increasing conflict, escalation, and tension, while keeping things fun and interesting.

NaNoWriMo starts in about six weeks, so this is the perfect timing for a story idea.  The time pressure of having to meet a word count every day should keep me from falling into whatever the writer’s version of “analysis paralysis” is.

Nothing but good times ahead, right?

So, have you had any bursts of inspiration lately?

8 thoughts on “Elizabeth: Dreaming of Stories”