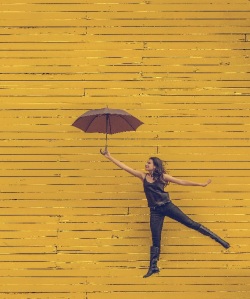 Photo by Edu Lauton on Unsplash

I like going to conferences for readers and writers. I always feel recharged and refreshed afterwards, and I enjoy meeting people and hearing experts talk about what’s happening in the industry.

Most years I’ve attended the conference of the Romance Writers of America, where I’ve met with the Ladies of this blog, which is always fun. Last year I was disappointed not to be able to go, so in a funk, I signed up for the San Francisco Indie Uncon.

According to local organizer Kelly McClymer, the uncon is for “authorpreneurs who have self published and are pursuing success as indie authors.” That sounds simple enough. Except—

The number of attendees is limited to 50 (RWA’s conference tops out at 2,100), so anonymous we cannot remain. There is no set agenda; topics evolve from discussions in advance of the event (as determined by surveys to participants about what/who they want to hear about/from), and from the Circle of Introductions (another survey about background and interests); and discussions during the event.

The conference is described as “free-wheeling,” which from the description sounds about right. I’m not sure I’m ready for free-wheeling, and I’m not sure I have anything to contribute to a group of writers who have a lot of experience in marketing, which is what I hope to learn more about. I suppose at best, I’ll learn a lot, and at worst, I’ll be the ignoramus of the bunch. I’m thinking if it’s not for me, I can always do some sightseeing.

I’m off today. Has anybody ever been to one of these, and if so, what did you think? What did you learn?