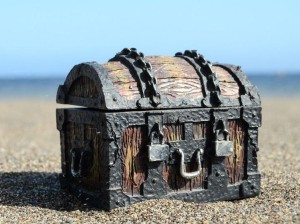 As I mentioned in last week’s post, follow-through is my touch phrase for the year.  Thus far it hasn’t resulted in anything earth shattering (probably a good thing), but there have been a consistent string of small victories.

For today, follow-through means (a few days late) actually giving this past Friday’s random words and story prompt a try.  On Friday, Kay left me wondering just what the job requirements might be for a “International Cupcake Assassin” in her fun entry The Apprenticeship Program and on Sunday Jilly put her spin own on things with Claws and Effect – both tough acts to follow.

Although my goal was only to successfully complete the writing sprint, I hope I’ve managed to provide a bit of entertainment too.

So, without further ado, here is my short story based on the prompts from Friday writing sprints, in which the main character makes an unfortunate discovery, and including the words collar, gum, confidence, assassination, flawless, pill, cardio, dart, strange, tiny, balance, coat, hollow, bayonet, affair and guidebook.

Evelyn “Eeyore” Edwards climbed narrow wooden staircase, turned the ornate metal key in the equally ornate old metal lock of the attic door, and felt her confidence falter as she caught her first glimpse of just what awaited her ahead.

Sorting through generations of Edward’s family possessions hadn’t seemed overly daunting when the executor of the estate – a lawyer so ancient and decrepit that he appeared to have more than just one foot in the grave himself – had asked if she was interested.  Sure it would be hard work, but the task seemed exciting, romantic even, and rife with possibilities.  Better than that, it came with an hourly fee that would ensure her bank balance stayed above rock-bottom for the foreseeable future and free lodging in the house for the summer.

What could possibly go wrong?

Evie surveyed the overly stuffed space and wondered where to start first.  The dressers and wardrobes lining the walls? The chests and boxes covering the floors?  Or the strange, sheet-covered shapes in between?

Eventually she just reached for an item at random and started working, separating important pieces of family history from worthless odds-n-ends and encountering a few dead mice in the process.  She lost track of how many trips she’d made up and down the narrow wooden staircase as she moved between the attic and the old dining room, now doing duty as a staging area.

Evie had loved this old house as a kid when she’d come for long summer visits with her favorite aunt and uncle while her parents were off ministering to the poor or foiling assassination attempts or whatever it was that they did on their annual trips overseas.

Though Evie had naturally aged year after year, from a curious toddler to a self-assured teen, Aunt Prudence had seemed ageless and changeless.  She always looked so flawless, whether heading out for a night on the town, stepping out the front door to retrieve the newspaper, or finally, fatally, keeling over during a high-intensity cardio routine at the local gym, that Evie wouldn’t have been surprised to find a Dorian Gray-like portrait hidden in the attic somewhere.

There wasn’t one, but she did uncover a faded dusty old painting in a garish overly-elaborate gilt frame.  It featured an expressionless woman with an Elizabethan collar and far too much forehead standing next to a simpering Jacobean cavalier in a brocade waistcoat with luxurious curling locks tumbling over his sloping shoulders, a drowsy spaniel at his feet.   There was the faint glow of a fireplace behind them.  The dog was only partially finished and little more than an outline, as if the artist had lost interest and wandered off.

Definitely not a family treasure.

Other things were a little harder to judge.  Was that bayonet in the corner a relic from a long-ago war or a novelty item bought for a costume party and then relegated to the attic?

What about the richly feathered dart in the leather pouch?  Carefully avoiding the extremely sharp point of the dart, Evie added it and the bayonet to the pile of things in the dining room for the appraiser to look at later in the week.

So far she hadn’t yet found anything that qualified as treasure, but she had found a few interesting things that deserved a closer look.  One of the dresser drawers had contained a stack of old letters in faded pink envelopes smelling faintly of roses, tied with a satin ribbon – perhaps reminders of an old love affair.  There was also a bracelet hung with tiny silver charms that contained even tinier portraits of children.  Her favorite find was an 18th century guidebook that one her relatives might have used on their Grand Tour of Europe.  The book had beautiful colored plates of castles and landscapes and all manner of places.

She could almost feel herself falling into the book, but the hollow feeling in her stomach interrupted her daydream and brought her back to the present.  Putting down the book she reached for the final item in the drawer she had been clearing and pulled out a small wooden box.  She thought it was an old music box that she remembered her aunt playing but when she opened it she almost choked on her gum.

Ugh!  Teeth.  The box was full of teeth from who knows where.  She looked a little closer.  Teeth with fillings in them.  Gold fillings.

How could she have forgotten about this?  Her Uncle Horace’s own personal gold mine.  The teeth were from generations of deceased ancestors, although Evie didn’t want to think about how her uncle had obtained them.  Or why.  “What do you want me to do, just throw them away?” she remembered him saying when she had asked why he’d kept them.  “There’s gold in those teeth.  They’re worth something.”

She was pretty sure they weren’t, but it seemed a harmless enough thing to collect and Uncle Horace seemed pretty sane other than that . . .though there was that incident with the pills, but nothing was ever proven.

Evie closed the box and put it back in the dresser.  She’d figure out what to do with the teeth later, after a break for her long overdue lunch.

What happened next left Evie dazed and more than a little confused.  When she turned away from the dresser, she bumped into a large white metal birdcage.  Throwing out her hand to steady it she tripped over a pile of boxes, came up hard against an open wardrobe door, and tumbled head over teakettle, finally landing with a thud on a cold stone floor.

Shaking her head she felt for broken bones and then, satisfied that she was all in one piece, looked around.

Standing in front of her, near an open stone fireplace was an expressionless woman with an Elizabethan collar and a simpering Jacobean cavalier in a brocade waistcoat standing next to her; an outline of a spaniel at his feet.

They all stared at each other in silence.  The spaniel looked to be trying to bark, but the woman found her voice first.

“Well,” she demanded, “did you bring the teeth?”