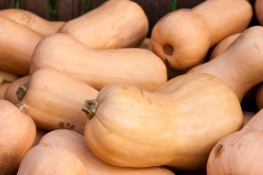 As you’re probably aware, over the holidays the Romance Writers of America (RWA) had kind of a melt-down over the issue of racism. A prominent RWA member and former board member, Courtney Milan, received word that her membership was suspended for a year and that she could never serve on an RWA board again as punishment for posting, on her Twitter account, a criticism of a fellow author’s book which she felt to be racist.

There are lots of aspects to this issue. Milan is Chinese-American and has been instrumental in helping RWA to confront some of the bias in its policies and processes. There appear to be some irregularities in how the ethics complaint was handled and there have definitely been some inconsistencies–the punishment was retracted the next day after Milan shared her situation with her 42,000+ Twitter followers.

If you’re interested in more detail, Google “RWA Milan ” The Big G will cheerfully deliver a full day’s worth of information.

In reading through the complaint, I became painfully aware that the last book I released, The Demon’s in the Details, contained character descriptions that Ms. Milan would almost certainly find offensive.

In particular, she called out descriptions of skin tone that use food metaphors–coffee-colored, cafe-au-lait, caramel-colored, etc.

My first reaction was, “What’s wrong with food metaphors?”

Several years ago, I created an African-American character who was the Executive Director of an art museum. I ran my description by a friend, an African-American woman who worked in my college’s bookstore. She in turn shared it with her daughter. Their feeling was that I had left the woman’s skin-tone too generic.

“Say what color she is,” they recommended. “Is she coffee-colored? Coffee with cream? Caramel?”

In light of Ms. Milan’s criticisms, though, I realized that the language I’d used was, at best, lazy and clichéd writing. At worst, it was racist.

I do not wish or intend to be racist, but racism isn’t just about me as an individual. It’s about an entire system that privileges some people at the expense of others. Since I was born in the 1950’s, a lot of my subliminal attitudes and perceptions were formed at a time that was even more racially biased than we are today.

I can, and do, have good intentions. I strongly believe people of color should have the same employment opportunities as white people, should receive the same quality of education, the same standard of care from doctors and hospitals. I loathe the laws and inequities that incarcerated a horrifying percentage of young black men over the past fifty years. I believe Black Lives Matter and think reparations are long overdue for 200+ years of slavery followed by 150+ years of post-slavery Jim Crow laws.

Freed slaves were promised 40 acres and a mule following the Civil War. Had each family of former slaves received this modest award, the difference in family wealth over the next two hundred years would have been paradigm-changing. Instead, we gave that money to plantation owners, the very people who had just benefited from 200 years of unpaid labor. And that was just wrong.

Anyway, I think that at some level, because I hold fairly progressive values on issues of race, that I forgot that I’m a racist–not because I want to be, but because my attitudes and beliefs were formed at a time and in a place that don’t really allow me to be anything else–not when you drill down to the unconscious biases I hold without even realizing I have them.

After a day or two of pouting, I had an epiphany. I realized that I would never describe my own skin with a food metaphor. I wouldn’t, for example, describe myself as the color of mashed potatoes with some sweet potatoes mixed in, or as butternut squash-colored, even though those are both fairly accurate.

When I started looking for other food metaphors for white skin, they were all either hokey and dated (peaches and cream) or flat-out insulting (doughy, pasty). I decided that should be a good rule of thumb going forward: if I wouldn’t describe a white character via a certain kind of metaphor, I shouldn’t use that type of metaphor for characters of color.

So I went back through The Demon’s in the Details and corrected the character descriptions. I apologize for my original error and I’ll work to do better in the future.

Because that’s what I can do.

24 thoughts on “Jeanne: Confronting My Own Racism”

Leave a Reply to B. K. Neifert Cancel reply