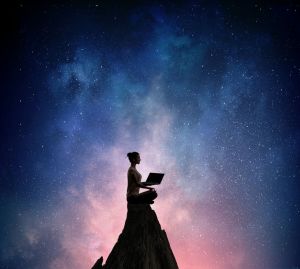 I got back from New York last Sunday. Usually seven days would be plenty long enough to recharge my batteries, but not this time. I’m still sleeping 12 hours a night, and when I am awake I’m mostly lolling on the sofa, gulping coffee.

RWA was fun. It was wonderful to catch up with fellow 8 Ladies Jeanne, Elizabeth, Justine, and Nancy, and exciting to meet the Omegas (my fellow Golden Heart finalists). The schedule was exhausting though. In addition to the usual workshops and keynotes there was a half day retreat for the Golden Network RWA chapter, a get-to-know-you dinner for the Omegas, a rehearsal for the Golden Heart ceremony, a finalists’ cocktail party with agents and editors, a certificate ceremony, the Golden Heart lunch itself (I didn’t win a shiny necklace, but that’s ok), a set of new author headshots, some informal author photos, and a breakfast for the Omegas to share self-publishing plans and schedules.

I’d been building up to the conference for a whole year. Ever since RWA announced that 2019 would be the last ever Golden Heart contest, and I decided to give it my very best shot, I’ve been hurtling from one deadline to another. Now it’s all over. No wonder I feel as though I’ve been hit by a truck.

I’m about to embrace a new challenge. If I want to get The Seeds of Power published this year (I do!), then the next four months will be another intense, deadline-filled marathon.

I’m thinking the best way to prepare myself is to take a staycation for another week, maybe two. I’ll enjoy the long summer days, do a little editing, watch cricket, drink wine, mull over my plans, but most of all, refill my creative well by catching up on the reading I haven’t had time for lately.

Just One Damned Thing After Another: The Chronicles of St. Mary’s, Book One (Jodi Taylor)
The first of a series of very British time travel adventure comedies set around the St. Mary’s Institute of Historical Research. The heroine is a smart-mouthed historian academic. Madeleine “Max” Maxwell and her colleagues take a hands-on approach to their research by revisiting the past. They resolve unanswered questions and get themselves in and out of scrapes while exchanging much snarky dialogue. I’m halfway through this book, and so far I’m really enjoying it.

Kiss of the Red Scorpion (Short Story Anthology)
Six short stories tracing the effect of a beautiful but cursed scorpion necklace across time, from ancient Ireland to near-future New York. Authors include Suzan Tisdale, T.M. Cromer, Genevieve Jack, and my fellow Golden Heart finalist Sara Whitney. The premise is very much my cup of tea, and I’m guessing/hoping True Love saves the world. Looking forward to finding out!

Tamiko and the Two Janitors (Forthright)
The third book in the Amaranthine Saga. I loved the first book in this series, Tsumiko and the Enslaved Fox. This series is very different from anything else I read—distinctly Japanese flavored, with shapeshifters, ancient legends, complex world-building, lots of characters, gentle pacing, only loosely structured and not particularly conflict-driven, but beautiful and full of hope. The first two books were as soothing and delicious as a pot of jasmine tea. I have high hopes for this one.

The Bride Test (Helen Hoang)
The follow-up to Helen Hoang’s bestselling debut The Kiss Quotient. I read that recently (I’ve been saving it) and thought it was the best romance I’ve read in ages. I could find some craft elements to quibble about, but the characters were so engaging and the emotion so powerful that none of my nit-pick criticisms matter. The Bride Test has an autistic hero. He avoids relationships, so his mother takes the initiative and returns home to Vietnam to find him the perfect bride. I’m expecting sympathetic characters, lots of emotion, some steamy interludes, and an uplifting ending. Fingers crossed.

Safe From Harm (RJ Bailey)
I don’t normally read thrillers, but this is the first book in a series featuring a female close protection officer (bodyguard). It was recommended to me by a friend who teaches martial arts for a living and kindly helps me to choreograph my heroine Alexis’s fights. I’m told that Sam Wylde, the heroine of Safe From Harm, is well-researched and her story is cleverly structured. I think a few hundred pages of credible kick-ass heroine could be just what I need 😉

Control (Hugh Montgomery)
A few months ago I found myself unexpectedly in my local intensive care unit, which is where I encountered Hugh Montgomery. His debut novel is described as a “dark and compulsive medical thriller.” His author bio alone is worth five stars:

Hugh Montgomery is a professor and the director of the UCL Institute for Human Health and Performance at University College London. A distinguished physician, he is known for his pioneering genetic research. Outside the field of medicine, he was a founding member of the UK Climate and Health Council and is an endurance expert, who has run three ultra-marathons, scaled the world’s sixth highest mountain, jumped naked from a plane at 14,000ft and holds the world record for underwater piano playing.

All this, and fiction too. Where on earth did he find the time? His book sounds tense and scary, which isn’t my usual thing, and there isn’t a Look Inside sample. I don’t care. This book has to be read, right?

I read fast. Unless I decided to binge-read all the Chronicles of St. Mary’s (there are 10 books), I’m going to run out of reading material before I’m ready to get back to work.

Does anyone have recommendations I could add to my list?