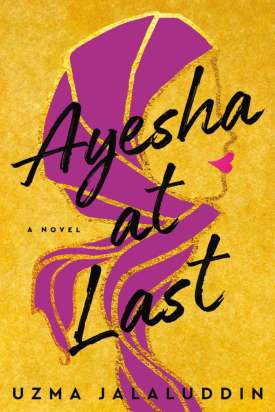 In August of 2018, the New York Post published an article making the case for the rom-com to make a comeback, specifically referring to movies. It was the weekend after “Crazy Rich Asians” hit the big screen and not long after “Mamma Mia! Here We Go Again” came out. The author’s theory is the change in dating practices to one that is more digital than face-to-face. Millenials are more likely to sit at home watching Netflix and eating ice cream rather than going out and doing something social.

In July, 2019, the Houston Chronicle posted an article about the new age of romantic comedies (saw this on Jenny Crusie’s blog). The new age referred to here is about rom-com novels (and some movies) that are much more diverse than in the past. I haven’t read Ayesha at Last or The Wedding Date but I have read The Hating Game and The Kiss Quotient.

It’s true, there has been a dearth of rom-coms after the 90s and early 00s slew of “My Best Friend’s Wedding,” “Runaway Bride,” “Notting Hill,” “Sleepless in Seattle,” “Bridget Jones’s Diary” and “My Big Fat Greek Wedding.” Perhaps it was that half of the above starred the same handful of people and it became a little tiresome. This time around, things are looking different, too. Netflix put out some rom-coms last year that were hits, like “Sit It Up” and “To All The Boys I Loved Before” (sequel soon to come). This year, they added “Always Be My Maybe.”

It’s about time the rom-com came back, in my opinion. The romantic comedy is a comfy place for moviegoers to go again. It’s a different type of escapism that is fun, potentially relatable and made for repeated viewings if done right (as we all know from repeated readings of romance novels we think are done right).

However, there is a dark side to the rom-com comeback. I’ve read (and I can’t remember where) that movies reflect our times in opposition to what is going on in the world. Happy musicals during World War II, the weird rom-coms of the Vietnam War era (think: “On a Clear Day You Can See Forever”), 90s/00s rom-com craze during the unrest in the Middle East and the dot.com crash. And we’re circling back around to rom-coms now. One just has to listen to the news to know why happy ever afters are so popular – there’s not a lot of happy out there right now.

Are you on board with the new rom-com craze. Which are your favorites?