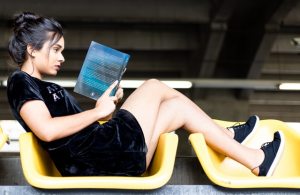 Photo by Leonardo Quatrocchi from Pexels

My long-term project (probably years long, the way I’m going) is to read all the books on the bookshelves in my office and then afterwards, move them, and eventually the shelves, out of the house. I’m going to need the space for other things.

The first book I assigned myself was a Virago Modern Classics reprint. These are books by female authors, originally published at other houses, some from many decades previously. Virago has published its Modern Classics imprint since the 1970s, and the [many] books I own are all from this period. So far, they’ve been rather hit-or-miss in terms of how well they’ve held up to #MeToo and #TimesUp sensibilities.

My least favorite of the Virago reprints so far is a book by the English novelist Elizabeth Taylor (1912–1975). She was well-known and well-regarded; her 1971 novel Mrs. Palfrey at the Claremont was shortlisted for the Booker Prize.

The novel I owned was In a Summer Season, published in 1961. I couldn’t get through it. The characters were stilted, artificial, and tiresome. They smoked cigarettes and drove their motorcars and dressed for dinner; they married the wrong people and carried on with different wrong people. On Amazon, people either loved this book, or they or they hated it. One depressing thing about reading the Amazon reviews is that all the people who loved it said it was “intelligent.” So you see where that leaves me.

After I put the Taylor novel in the bag to Goodwill, I read The Key to Rebecca by Ken Follett, which is a spy story set in Egypt in 1942 and published in 1980. I thought it held up remarkably well. There’s definitely a racist tone when the white British characters refer to Egyptians, but the women have agency and power, although it’s often sexual power. The British Army captain hero marries an Egyptian Jew who made her living for several years as a serially kept woman. So there’s that.

I’ve been thinking about what keeps a book fresh over the years, because I’ve been fretting about two police procedurals that I wrote seven years ago. The plot of the first one involves the theft of American national elections by Chinese computer hackers. At the time I wrote that book, I was working for a computer trade magazine. I had authors who could have committed this crime had they wanted to, so I got good tech advice and, generally speaking, was happy with the book when I finished.

But when I pitched it to agents and editors, I could barely get the word “computer” out of my mouth before they told me to forget it. Computer books get stale, they said. In six months, this will all be old news. Nothing ages faster than a computer.

In vain did I say that it wasn’t about the 486, it was about stealing elections. But they weren’t having any of it.

I’m now writing the third book in the series. I’m having trouble with it, so I decided that before I went any further, I’d reread these first two and see if they held up okay. If they were hopelessly dated, as the agents and editors warned me they would be, I could just quit while I was ahead.

Rather to my surprise, they’re not really out-of-date. I was right: They aren’t about the 486 or what makes a computer run, although there are moments that might amuse an expert. However, the book really is about stealing elections. And we’re still reading about that in the news today, so hey. Still fresh.

So how about you? Have you given any thought to keeping your books evergreen? Do old-fashioned writing, concepts, or assumptions ever grate on you so bad you can’t go on? Or have you recently read a book from some time ago that felt as fresh as yesterday? Examples, please!