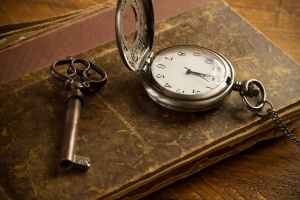 Last week, Jeanne wrote about needing help figuring out how the characters in her book progressed to a second date in their years’-earlier relationship. In the comments, there were some great suggestions for how she could figure out how the hero convinced the heroine to go out with him after a less-than-stellar first date. In addition to the brainstorming, I liked some other things about Jeanne’s post, such as 1) an excerpt – yay! and 2) some love for the backstory she’s creating for her characters.

We’ve discussed backstory on the blog before. I wrote about it here and here, giving some examples of where you’ve seen and why it’s not such a bad thing. As I’m deep into a story that depends on multiple levels of backstory, and juxtaposed with Jeanne sharing her bit of backstory she’s writing for her WIP, I thought it a prescient time for a reminder of how important this nifty little element of fiction is. According to writing teacher extraordinaire Lisa Cron’s philosophy, backstory is the backbone of story itself.

The Case for Backstory

Lisa Cron spells out her philosophy in two books: Wired for Story, which delves into the brain science behind human storytelling, and Story Genius, which translates the theory of the first book into practical exercises and approaches for writers. Cron calls the past “the secret decoder ring” both for characters and for readers. Everything a character does, every realization she has or action she takes, is based on the experiences her brain has accumulated in her years of life. When in a situation, her brain flips through a rolodex of past occurrences, focuses on the most similar ones, and analyzes past approaches and outcomes, successes and failures. Then her brain uses that to figure out what is happening in the now of the story.

The surprising truth is that backstory is the most seminal layer of any novel. Without it, your protagonist has amnesia, so she can’t read meaning into anything, nor can she desire or fear anything except, of course, generically. She wants unconditional love, she fears rejection. Ho hum. Don’t we all?

-Lisa Cron, author of Story Genius, writing on the Writers in the Storm blog

According to brain science, all that rolodex shuffling and analysis and decision-making occurs in about a nanosecond. But to reflect all of that amazing stuff the human brain does in less time than it takes to blink, the writer has to spend precious words and paragraphs and sometimes pages arriving at the same point. And that’s where some of our backstory hate begins. To give backstory its props and fall in love with it again, we writers need to avoid some common pitfalls.

Why Backstory Gets a Bad Rap

So, if backstory is the secret decoder ring, the seminal layer of a novel, and the very thing our characters need to navigate their world, why is it also the thing that can stop readers cold? Because a perfectly fine element of the work can be ruined by bad technique. Here are some things to keep in mind when crafting backstory that won’t ruin your present-day story.

Why is the character thinking of this now? If a character is using past experience, aka backstory, to decode her current situation, the memory her brain–which in this case, is the writer–chooses must be directly applicable to the situation at hand. If Jeanne’s heroine sees her ex-lover across the room, she might remember the first time she met him, the last time she saw him, why she doesn’t want to see him now, or all of the above. She’s not likely to think about his entire life history, his extended family, or all the interesting bits of minutia the writer probably knows about him. If our character wouldn’t think about those details in the moment, we shouldn’t write them.

Here’s it’s also important to note that these days, most fiction is written in first-person or close-third-person point of view. In other words, we put readers inside the head of our point-of-view character. Ergo, we also need to be careful the backstory never goes beyond what the POV character knows.

How long is too long? Writers often discuss the importance of pacing, keeping the story moving but mixing up the length and speed of scenes enough to keep it interesting. Just as we know (or learn) to match word choice and sentence length to the rhythms of different kinds of scene, we also need to know (or learn) how to match the duration and depth of backstory to the same beat. The backstory should blend into its surroundings, not stick out like a sore and pace-disrupting thumb.

Did you forget something? If there’s an important bit of backstory, it’s likely to show up more than once. In some places it might include more detail and depth or come from a different character’s POV, but (other than an intentional writing device such as different interpretations of events from differing POVs or the revelation of an unreliable narrator) the backstory should be consistent. The Story Genius approach calls for doing exactly what Jeanne did with her h/h’s first-time-around romance: write out the actual scenes. Not only does that help keep the backstory straight, it makes it easy to pluck sentences and paragraphs and even longer passages to weave into the actual manuscript at the appropriate places.

This is where I place the friendly reminder that while flashbacks are backstory, not all backstory is a flashback. There are multiple ways to layer the characters’ pasts into your masterpiece, and you’re probably already doing so, even if you’ve been told Thou Shalt Never Interrupt the Story with Backstory.

A phrase, a sentence, a brief touchstone. This is the most intuitive and therefore probably the most common way we use backstory. When reading, and even when writing, we often gloss right over, not pausing to consider that it’s this much-maligned element of writing just quietly doing its thing, which is to provide context and decoding superpowers for our characters.

A short summary of a long memory. If a character has a little more time to take in what is happening in her present-day storyline, she might ruminate a bit longer on a memory. That’s where a scene summary, condensed into a few paragraphs, comes in handy. We can also expand it into a full flashback at another point in the book to take the reader deeper, or to reveal new or different meanings than the summary gives us.

A full-on flashback. This scene-length form of backstory has its place, as well. It still must be relevant, inserted at the right place in the ‘now’ story, and matched to the pace and tone of its bookending scene or broken out into its own scene with an appropriate lead-in. This is usually the type of backstory that’s in question when writers are told not to include it in the first fifty pages. But like much other advice about this topic, it’s more important to do what works for your story than to worry about well-meaning but generic advice.

I’m anxious to see how Jeanne uses the backstory scenes of her reuniting lovers in The Demon Wore Stilettos. In the meantime, I need to get back to work on my own WIP and the very juicy backstories lurking in Percy’s and Finola’s pasts in Three Husbands and a Lover. How will you practice your mad skills in backstory this week?

7 thoughts on “Nancy: In Praise of Backstory”