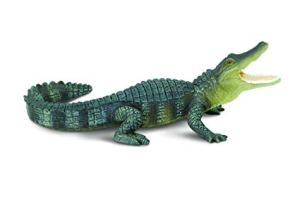 As you’ve undoubtedly noticed, it’s the beginning of a whole new year.  As is traditional, we’ve been talking here on the blog about our plans for the new year – whether they involve rigorous SMART goals or the more inspirational Word-of-the-Year.

For those who have been reading along, my 2019 word is Happy, which so far has meant Sunday mornings snuggled under cozy flannel sheets, afternoons curled up with coffee and a favorite book and, much to my surprise, putting about 5,000 new words on the page.

Well that was unexpected! (Not that I’m complaining.)

At Ye Olde Day Job, this time of year is both a time for nailing down yearly goals with their detailed measurement criteria as well as a time to indulge in the latest training to “be more positive!”, “increase productivity!”, “work smarter, not harder!” and the like.

Whether it’s “Eat That Cookie” positivity training; “Eat the Frog” productivity training, or “One Minute Meditation” stress-reduction training, every year seems to bring a new method with its associated book.  I’m not sure how much positive benefit we actually see from the exercises, but at least the authors of those books are benefiting.

Generally, by February (or sooner for the cynical), all that training and the associated good intentions have fallen by the wayside and we’re back to being over-scheduled, cranky, and having to deal with an inbox and ToDo list that seem only to increase, never decrease.

I’m ever-hopeful that I’ll come across an idea that will really take hold and be something I can use for the long-term and, thanks to the magic of the internet, I’ve recently come across two things that really resonated with me.

Jenny and the Alligators

The first was Jenny Crusie’s, Happiness is an Alligator post last Sunday where she passed along some wisdom she had received:

“You’re in a boat on a lake and you’re surrounded by alligators. There’s a big one on the shore, but your immediate problem is that there’s one trying to get into your boat.  That’s your alligator.  Deal with that, and then figure out the rest.”

I really like the idea of visualizing all of the many demands on my time this way so that I can pick out the thing that really is the most important to focus on.   I put this into practice soon after I read it.  The Alligator-of-the-Day was the Friday Writing Sprint.  Not earth shattering, but it’s something I always want to do and frequently don’t get to because of competing demands on my time.  Designating it as an alligator meant instead of doing one of the dozens of other things that “I should do”, I sat down at the computer, wrote the story, and got it posted before my original story ideas had completely flown out of my head (as they so often do).

Success!  Who knew that figuring out the task that’s the most important (however you define important) and then focusing on it could be so effective?   I have a new alligator now, but I’m still deciding if I really need to deal with him or if I should just feed him to the next alligator in line.  I will have to give that some more thought.

Next, I’ll be seeing how this works at the Day Job.  To be successful, I’m guessing it will need to be used in conjunction with the “your lack of planning is not my emergency” corollary.

The second thing I saw that I thought was both a great way to focus on tasks that need to be done, as well as a good way to recognize accomplishments, was the productivity board author Tawna Fenske posted on her Facebook page.  Tawna’s board is much fancier (and magnetic), but here’s the basic idea: 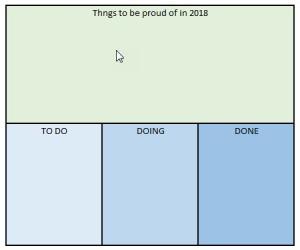 I like the idea of having a visual reminder of positive accomplishments, since it’s so easy to get bogged down in all the things that need to be done that you forget all that you’ve already done (or maybe that’s just me).  This is like a bigger-better version of the Memory Jar that I typically keep.  I like the idea of physically moving tasks from the “TO DO” section over to the “DOING” and then “DONE” sections to track progress, and having three sections seems like a good way to keep a grip when you have a lot of things going on and don’t want anything to fall through the cracks.

I’m going to give this a try.  I may not have a fancy magnetic system, but I’ve got an unused whiteboard, a plethora of colored post-its, a tub of markers, and enough 3×5 cards to build a village.  I can work with that.

So, how to you keep yourself on track?  Have you come across and ideas for managing your workload or prioritizing tasks that have worked for you or are you too busy alligator wrestling?

9 thoughts on “Elizabeth: What’s Your Alligator?”