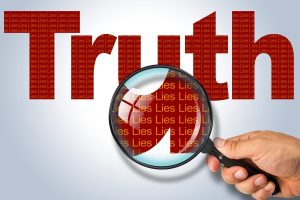 Characters lie. They do it all the time. They lie to themselves when they convince themselves they’re after an external McGuffin when they’re really searching for love, or acceptance, or loss of everything so they can start over fresh. They lie to other characters in conversations, and give away the truth in their interior monologues and actions. Sometimes they even lie to readers, especially in the cases of the recently-popular, unreliable narrators in books like Hawkins’s Girl on the Train and Flynn’s Gone Girl.

But what happens when one of the leads in a romance story lies to the other lead? Will readers root for someone lying to our girl/our guy and still want the liar to get the HEA? How long can a character lie and still be considered redeemable? Are there circumstances that make this character choice more palatable?

These are the questions I pondered as I worked on the discovery phase of the next novel in my Harrow’s Finest Five series. This is Percy’s story, for those who have read the novella. And the story kicks off with our heroine (Finola) telling one whopper of a lie to get Percy’s attention and, ultimately, help.

I ran multiple scenarios about when, where, and how my heroine would come clean. I talked to readers. I reread stories I remembered with some level of deception between the characters. After all that, I have lots of thoughts, but my main take-away is that whether the lie is tolerable and forgivable all comes down to “why”.

Anyone who’s read Lisa Cron’s Story Genius or Chuck Wendig’s blog posts on writing or Donald Maas’s writing books knows the power of “why”. Asking this question repeatedly, sometimes it seems unendingly, is the way to clarify character motivation, uncover the deeper emotions in a story, and set up pathways for our readers to emotionally connect to our books. Lots of power is packed into those three little letters.

After a few weeks of researching and pondering why characters lie, I came up with a list of motivations that can make a character’s lies acceptable, at least for a time.

Save the cat. This is the most altruistic of the reasons for one character to lie to another. The cat, or dog, or other innocent might die or be irreparably damaged if others learn some truth. Someone’s life or health or future is at stake. Lying to protect someone else, even if the character’s choice to do so threatens his own future happiness with the heroine, is noble, possibly even heroic. As in most of the scenarios on my list, getting past the lie and onto the HEA is going to require a deft touch and great timing to earn the other lead’s forgiveness and the reader’s buy-in that the the lie was necessary.

Save the whole damn world. This trope works best in epic tales that show the very existence of the world at stake. If it occurs in a romance, it’s likely to be in a fantasy or post-apocalyptic subgenre. At some point in this kind of story, it would make sense that the h/h are going to work together to save the world, which would seemingly require both knowing all the things, and the h/h would have to share the truth to become an effective team.

Make it better. Whether “it” is the world, a bad situation, or another character’s life, a character who is lying to make things better or easier for others can get a pass for a while. It also walks dangerously close to the line of “I know what’s good for you more than you do,” and could easily cross into overbearing, patronizing, icky territory.

Not my circus, not my monkey. If a character is hiding someone else’s secret, a truth that isn’t theirs to tell, not only might it be acceptable, it might be commendable. But if it’s a not an issue for one of the h’s, how important is the lie to telling their story, and when/why will it ever be acceptable for the character to tell their love interest the truth?

An important aspect of making a liar redeemable is the handling of the when, where, and – you guessed it! – why of coming clean about the lie. And like so many things in stories, reader acceptance of it probably comes down to individual preference, life experience, and pre-existing prejudices. Even if a writer thinks she’s justified the lie and revealed it at just the right time, in just the right way, for just the right reason, a reader still has the prerogative to throw the book against the wall. Such are the risks of writing.

Would any of the reasons on my list be enough to make a character’s lie to his or her love interest OK by you? Are there other/better reasons I’ve missed? Do you have any examples of stories – particularly romances – where a writer handled this prickly issue especially well?