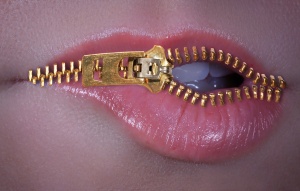 A few weeks ago, I had one of those strange juxtapositions that sometimes happens in life. While many in the US and across the world were riveted to the broadcast of US Senate testimony, I was immersed in a deep-dive workshop with writing mentor Jennie Nash. While I was submersed in discussions about the value of women’s narratives, pundits were debating whether one woman’s narrative should have any impact on a lifetime appointment to the US Supreme Court. And while my friends and I were celebrating the many opportunities for women to publish their stories in this day and age, one woman was painstakingly recounting her own personal story in the public square. A story that was ultimately whitewashed and dismissed by an all-male panel of senators.

For many of us, it was one hell of an emotional week. For women who have fought to be allowed to tell their own stories, who’ve been silenced or misbelieved, or who haven’t even been able to process their emotions to the point of putting words to their experiences, it was gutwrenching. It was triggering. It was infuriating.

On the news and across the internet, I saw expressions of rage. Almost simultaneously, I saw backlash, rebukes, and self-recriminations about women’s rage. That broke my heart all over again. If we are to be fully realized human beings, allowed to tell and write our stories, whether personal or fictional, we need to have access to every crayon in the box. Society telling women – or worse, us telling ourselves or each other – that we are not allowed to have anger, and if we do, at least god forbid don’t express it, is separating us from a vital part of the human experience. It’s that separation, dehumanization, and ‘othering’ of women that has gotten our world into so much of its current mess.

“A society that does not respect women’s anger is one that does not respect women, not as human beings, thinkers, knowers, active participants, or citizens…It is easier to criticize the angry women than to ask the questions “What is making you so angry?” and “What can we do about it?” — the answers to which have disruptive and revolutionary implications.” – Soraya Chemaly

Enter C-SPAN, ever a balm on our fractured national soul (I’m a fan, in case you couldn’t tell). The network’s brilliant series “After Words” provides interviews of non-fiction authors, by – and here’s the hook that makes me love it so much – other writers or experts in the same field. This week, Rebecca Traister, author of Good and Mad:the Revolutionary Power of Women’s Anger, was interviewed by Professor Brittney Cooper, author of Eloquent Rage: A Black Feminist Discovers Her Superpower. You can see where this is going. Finally, an intelligent, considered conversation that unpacks, explores, and validates anger as an emotion intrinsic and important to all human beings, including women.

If you’ve been angry about the state of the world these past few weeks, or observing the anger of women taking to the streets and wondering whether all that anger, which will surely be reviled by ‘moderate voices’, is useful or even acceptable, I encourage you to watch the interview between these two amazing writers. Trust me, you’ll feel better. I hope you’ll also feel empowered, called to action, and entitled to your own emotions, all of them, regardless of what they might be. And I hope you’ll carry that range of emotions into your stories, whether you’re writing an article, a memoir, or a novel, and show women as human beings with the full complement of human emotions.

Today, I don’t have a happily ever after to share, or a parable to prove that good triumphs over evil. I only have my own voice, my own story, and my inalienable conviction that it’s incumbent upon women to tell their stories, in fiction as well as in the public square. Even when, or perhaps especially when our stories are full of rage and pain. We have to speak up and speak out until we who are 51% of the world’s population are no longer relegated to being ‘the other’. Until our faces and voices and stories are part and parcel of human history. Until we are heard.

And if you are a woman or have ever cared about a woman in your life, it’s incumbent upon you to listen.

“You should be angry…So use that anger. You write it. You paint it. You dance it. You march it. You vote it. You do everything about it. You talk it. Never stop talking it.” – Maya Angelou

5 thoughts on “Nancy: The Power of Women’s Stories”