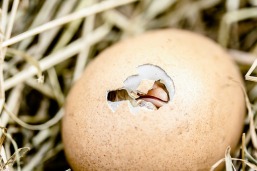 I’ve been doing an in-depth critique for a writer friend. She has a lot of talent, and she’s as committed a writer as I’ve ever seen. She stood up to the scrubbing sandstorm of my critique and kept asking for more. Tough lady!

Working with her has gotten me thinking about the kinds of issues exhibited by the work of newbie writers:

There were also some plotting problems–the third act, which should be the most consequential and high stakes, revolved around a character who had been a really minor player up to that point. The conflict between the romantic partners was already resolved, which meant the couple could work together to save the minor character, but eliminated the sexual and relationship tension that might have upped the Act Three stakes.

There were plot holes and dropped plot threads. (Full disclosure: these types of issues *may* continue to hound even the more experienced writer, if my editor is to be believed.)

There were also places where characters did things for no apparent reason, behaved inconsistently from their previously defined characterization and even did things that seemed to go against both their best interests

You know, the stuff we all do when we first start writing and often continue to do in our first drafts.

I give this writer huge props, because she was very open to hearing feedback (lots of feedback) and made amazing strides in addressing the issues I identified. She was committed to writing the best book she possibly could, and she was willing to set aside her ego and put in the work to make that happen.

In working with her, I focused on the first set of problems (word-craft) more than the second (plotting), mostly because that was the order in which I learned to write. Back in 2002, I formed a critique group with some people I’d met in a novel-writing class at the local community college. For the next ten years, we hammered on each other about the items in the bulleted list above. We didn’t give each other a lot of feedback on plot, other than to point out plot holes and character inconsistencies. This may have been because we didn’t know enough about plotting to do that.

It makes sense to me that you need to work on your prose first. It’s hard to get anyone to read your story until your writing becomes strong enough for them to make it through to the end of your book.

On the other hand, the popularity of books like Fifty Shades of Gray and The Shack prove that you can create a bestseller with really weak word-craft if the story is compelling enough.

What do you think? Which should come first–word-craft or plot?

8 thoughts on “Jeanne: The Chicken and Egg of Fiction Writing”