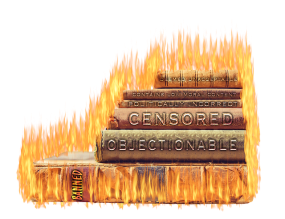 So I got a note from an old friend and former co-worker the other day, saying they couldn’t finish The Demon Always Wins because it was too scary. Pressed, she admitted that she never actually started it–just the idea of demons freaked her out.

I was sorry she couldn’t enjoy the book, but I didn’t really take it to heart. It didn’t feel like a rejection of my work so much as a rejection of the genre. Since I have no expectation that I’m going to convert anyone who doesn’t like paranormal over to reading it, I wasn’t upset.

What felt a little more personal was the lady at the gym who declined to read it because of the cursing in the first chapter. I pointed out that only the bad guys curse, but she wasn’t swayed. Cursing makes her uncomfortable.

I think the reason this felt different was because, for the first reader mentioned, there was nothing I could have done with this story that would have made her a fan. For the second, some fairly minor changes in execution might have altered her perceptions.

The problem with that is, the first scene in my book, which features God, Satan, Loki, Zeus and my hero, the demon Belial, playing poker in the ninth ring of Hell, is the one that grabs most readers. In it, the characters smoke cigars, drink whisky and rib each other the way men do when they’re playing cards. And the first cursing incident occurs when Satan calls Loki a “reindeer-f**cker.” That totally cracks me up. I wouldn’t change it for anything.

The fact is, while the book is often funny, it is not a lighthearted read. It’s about a demon who is absolutely determined to corrupt and destroy a very nice woman in pursuit of promotion to Chief Executive Demon of Hell. He throws everything he has–money, supernatural seduction skill, and his unique ability to see into the heart of who she is–into achieving that goal. Compared to that, a few f-bombs seem like pretty small potatoes.

What kinds of feedback have you received on your writing (or other artistic creations) that made you stop and reconsider what goes into your work?

17 thoughts on “Jeanne: My First DNF (Did Not Finish)”