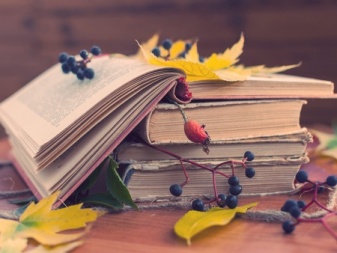 It’s September already. How did that happen?

Technically it’s another couple of weeks to the Autumnal Equinox, but the last public holiday has been celebrated, the kids are back at school, and it’s time to knuckle down. These days most of us don’t have to take in the harvest or stockpile supplies to keep our families alive over the winter months, but we still have that legacy of applying ourselves, of needing to put things to bed before the sun sets on the year.

When I had a desk job I used to dread this time of year. It was always a perfect storm of updating the current year’s budgets; preparing for the financial year end; writing, presenting and updating the business plan for the upcoming year and five years; carrying out staff appraisals; working through bonuses and incentive plans; and trying desperately to squeeze in a little ‘me’ time for my birthday. Three and a half months would pass in a blur and I’d red-line it so much that when Christmas finally arrived I’d hit the wall and get sick.

For the last six years I’ve been (mostly) in control of my own schedule. This autumn is somewhat bittersweet since for the first time in years I don’t have to worry about my mum’s health, and we have a choice over where to spend the holidays. It makes me even more determined to use my privilege wisely and well.

My plan for the rest of this year is to achieve the productivity without the pain, by being mindful about how I spend my time and making a balanced schedule of my priorities. This year I plan to prioritize two projects:

The last ever RWA Golden Heart contest will open for entries in December. I want to enter three stories: one contemporary romance and two fantasy/paranormal. I have a working draft of the contemporary (Ian and Rose’s story) and one of the fantasies (Alexis). I plan to have the other fantasy (Christal and Kiran) drafted by mid-October at the latest. Then it’s a matter of cleaning them all up before December. Simple 🙂

My developmental edit report on Alexis arrived at the very end of 2017. A couple of weeks later my mum died and I didn’t have the time or emotional capacity to make decisions on how to handle the revisions. So I decided to let it sit while I worked on Christal and Kiran’s book. I think that was a wise decision, but I feel as though I’m ready to tackle the big rewrite now. As soon as I’ve finished Christal and Kiran, I want to dive back into Alexis’s story. At the minimum I want to have a detailed revision plan in place by the end of the year. Ideally I’ll have the edits done (or mostly done), too, but I’m not going to rush them.

There are other things I’d like to have in place—a clear plan for the second Alexis book, a better grasp on the rest of the series, a comprehensive timeline of everything I need to do in order to self-publish next year—but I’m not going to set those in stone. If I can get to the end of this year with clean manuscripts for Christal and Alexis, I’ll be a happy woman. Anything else will be a bonus.

3 thoughts on “Jilly: Into Autumn”