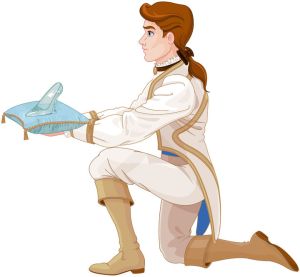 I’m writing this post on Saturday morning. I plan to be finished around 11.30am UK time. Then I’ll grab a cup of coffee, fire up the BBC’s live streaming and watch Meghan Markle marry Prince Harry and become Duchess of Sussex.

According to the BBC television commentators, the global audience for Harry and Meghan’s happy day may be more than a billion people.

Harry’s a royal prince, and there aren’t many of those around anymore. He’s Princess Diana’s son. He’s young, rich, nice looking, an ex-soldier who served in Afghanistan and who is now actively engaged in supporting charities that help former members of the armed forces and their families, environmental projects, and other worthwhile causes. He’s said to be liked and respected by his peers.

Meghan is young, beautiful and American. She’s a person of color, an actress and social activist. She’s been married before. She seems smart, strong, and interesting.

They strike me as good people. They appear to be well matched and crazy in love. It’s a beautiful, feelgood story in these days of fake news and global saber-rattling, but is it necessary for them to plight their troth in front of a global TV audience, with all the associated expense, pomp, circumstance, and media feeding frenzy regarding every tiny detail of the occasion? Harry is now sixth in line to the throne and his marriage isn’t a state occasion. Would he and his fiancée have preferred to exchange vows privately, in front of just their families and friends? I hope they’re truly happy to share their commitment with the world.

My interest in the ceremony is partly patriotic, definitely for the spectacle, absolutely for the hit of happy, but also writerly.

From a purely story perspective, and especially from a romance writing angle, I’m thrilled that they have decided to make a public event of their marriage, because it’s a visible expression of what I feel is the best of my home country: ancient traditions that shape and adapt themselves in response to a changing world.

Sometimes I feel that romance readers want to keep the UK preserved in the past. They love to read about the rakes, governesses, bare-chested Highland chiefs and feisty lassies of yesteryear, but they don’t see that the descendants of all those princes, dukes, earls, and clan chiefs are alive and well and living among us. Those people have held on to their heritage by changing with the times. Jeanne and I just visited a couple of spectacular locations on the Isle of Skye where the clan chiefs have leveraged social media to reconnect with clan members whose families emigrated to the four corners of the globe.

At some point I want to publish a series of contemporary romances set in the UK, exploring the challenges faced by the heirs to all those beloved historical archetypes. When I tested my plan in some local RWA chapter contests a few years ago I had a degree of success, but also met a fair amount of resistance. Now I’m thinking it might be time to try again. Judging by the interest in Harry and Meghan’s wedding, surely I could find a few Brit-loving romance readers who’d be willing to move with the times?

Did you watch coverage of the royal wedding? Why? What are your impressions of the happy couple, and the occasion, and this scepter’d isle?

5 thoughts on “Jilly: Did You Watch the Royal Wedding? Why?”