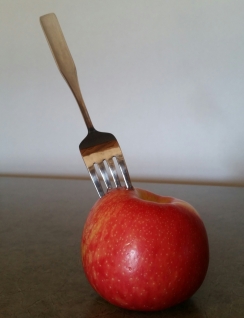 One of the things that’s different about writing in a series, versus writing a standalone book, is that the world-building requires a lot more planning. It’s kind of like playing chess. They say that chess masters, for each potential move, project out the next five possible moves before choosing one. That’s probably why I don’t play chess.

To be perfectly honest, my brain is not the least bit strategic. Back in my days of working as an IT manager at a Fortune 1000 corporation, they used to hold these planning sessions where people would sit around for days, blue-skying about all the things the company might want to do, and jawing on and on about all the potential outcomes for each scenario.

Those sessions made me want to stick a fork in my eye.

I would come up with any excuse I could (the shipping system is down! the file system  is full!) to get out of there. I was good tactically–you figure out what you want to do and I can make that happen–but I stunk at long-term strategy.

It was when I was finishing up  Book 2 in my Touched by a Demon series that I realized this may be a problem in my new career as a novelist, too. In Book 2, Keeffe, my protagonist, has Lilith, her antagonist and she demon, sign a contract in blood. Keeffe’s demon boyfriend later tells her she’s brilliant, that contracts signed in blood are the only kind that are enforceable in Hell.

Except it made me realize that Dara, the protagonist in the first book, signs a contract with Satan, but there’s no mention of blood. Since the first book hasn’t been published yet, I was able to go back and add that in.

But now I’m a little concerned.

I’m planning at least seven books in this series, one for each of the Seven Deadly Sins. What happens, down the road, when I have three books out in the world and I want to expand on the world I’ve built in some unforeseen way?

Before I publish the first one, I think I’m going to need to give some strategic thought to the entire series.

Could someone hand me a fork, please?

6 thoughts on “Jeanne: A Series of Unfortunate Events”