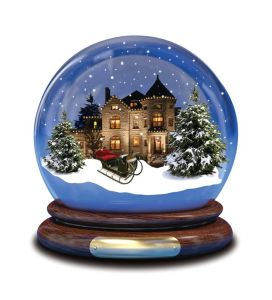 Time for another entry in our annual Short Story Challenge (you can see this year’s words here).

Kay got us off to a delicious start with her feel-good snowy tale Botticelli Pizza, followed by Michaeline’s Steampunk Christmas Story and part one of Jilly’s mysterious ghostly tale Midnight Reflections (you’ll have to wait for New Year’s Eve for the conclusion to that story).  If you haven’t read them yet, make sure to check them out; they’re each fun, entertaining takes on this year’s words.

My own entry features Detective Cassie McColl and Nicolai Papadopoulos, who readers of the blog might remember from a series of Friday Writing Sprints earlier this year (or was that last year?).  Hope you enjoy it.

A Visit from “Saint” Nic

I gave the zip-ties encircling the wrists of the latest felon to cross my path a tug to make sure they were secure before handing him off to the security guard for transport to the local jail.  That made eight, with four hours still to go on my shift.

If it was up to me I’d have made a public spectacle of walking him out the door as a warning to all of the other wanna-be criminals in the area, but the owners of the Flamingo Hotel and Casino preferred a more subtle approach.

Definitely a mistake on their part.

Considering how many arrests I made in the past four hours alone, the subtle approach was lost on an appalling number of the casino’s guests.  At this rate, there would be no one left to gamble or chow down on what had to be the biggest all-you-can eat buffet I’d ever seen, before they rang in the New Year later this evening.

Besides being ineffective, the desire to keep the in-house policing as invisible as possible was also why I was dressed more like a party girl, in a silver-sequined bandage dress and heels, than like the police detective I am.  To be fair, the perps were always taken by surprise when I arrested them, so that part of the plan was working, but my feet were killing me and watching the waiters continuously walking by with their trays of complementary whisky that I couldn’t partake of was becoming more and more annoying as the night wore on.

I had hoped to be spending New Year’s snuggled up in a cabin in the snow with six-plus feet of tall, dark, devious, but I hadn’t seen or heard from Nicolai since he was called off to take care of some top-secret FBI catastrophe a few weeks ago.  It was extra disappointing since our relationship, which tended to run hot and cold, had definitely been going through a very steamy phase.  I had even begun to think about crazy things like a ring and a house with a white picket fence.

That was a mistake on my part.

I cut my mental walk down memory lane short and focused on the woman over at the high-roller black jack table who seemed to have more diamonds than sense.  She was laughing too loudly, flirting with the man seated on her right, and appeared to have been taking full advantage of the casino’s free liquor.  She might as well have had a target painted on her back.

It was mere child’s play for the young woman walking nearby to accidentally bump into her chair and grab the purse hanging there without anyone even noticing what had happened.  Well, anyone but me.  I set a course to intercept the enterprising young thief by the elevators and had her in cuffs and on her way to jail before she knew what hit her.

Three more and I could write a song about the Twelve Thieves of Christmas.

The rest of my shift flew by in a parade of oblivious marks and inept criminals.  I was tired and hungry by the end, but my desire for some fresh air away from the artificial environment of the casino was stronger than the pull of the free buffet or even the free drinks, though the make your own sundae bar was tempting.

Instead I turned in my arrest log and time card and then headed outside.  The traffic, which had been bumper to bumper earlier in the day had slowed to a trickle, due in part to the sprinkling of snow coating the roads.  Snow in Vegas was a rarity; I think I was a kid the last time it happened, so folks didn’t really know how to drive in it.

Before long the streets would be full of revelers waiting for the big ball to drop at the Millennium Hotel, but for now I slowly walked down the sidewalk and enjoyed the relative peace and quiet.  The multi-colored lights on the buildings glittered through the snowflakes that were lazily drifting to the ground and coating my hair and shoulders.  If I tried really hard, I could almost picture myself in that cabin in the snow.

Slowly I became aware of a jingling sound behind me.  I turned and there, as if I had somehow conjured him up, was Nicolai in a horse-drawn carriage.   He lightly jumped down as the carriage came to a halt alongside me.

“What are you doing here?” I asked as he enveloped me in a hug and then handed me up into the carriage.

“Whisking you away so I can have my way with you,” he said, flashing the mind-melting smile that always made it difficult to think straight.  “Unless there was someone else you wanted to kiss for New Year’s,” he added.

I wanted to play it cool and pretend that I hadn’t just been wishing for him to appear, but I was too damn glad to see him.  “Well, I guess since you’re here . . . . “

The rest of my sentence was lost in a kiss that was hot enough to melt the snowflakes off my coat.  My plans for New Year’s Eve were definitely looking up and, just in case Nicolai thought of leaving again, I still had a purse full of zip-ties.

I smiled, picturing a long, entertaining night ahead.

9 thoughts on “Elizabeth: A Visit from “Saint” Nic”