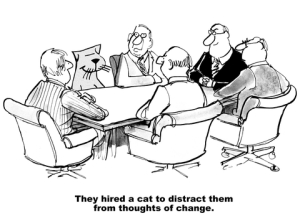 Maybe you’ve said those words yourself. Or maybe you’ve substituted some other creative endeavor for writing, to the same effect. You have a project you want to do, you plan to do, you’re passionate about doing. You’ve carved out a block of time for it, negotiating and juggling other priorities, you’ve showed up at your desk, and…you’ve reached the end of your writing time and you haven’t written a word. Or maybe you’ve written a few words or sentences or paragraphs, but then wandered off to look at something shiny, like a fab cat video on YouTube or the latest hot thing on Netflix.

You must not be a real writer. Better people, other creatives, real writers don’t get distracted this way. They get their shit done, no ifs ands or buts about it. They show up for their writing blocks and they get it done! Or do they?

For the past few weeks, I’ve been sharing some of my aha! moments that have come from my journey through Jen Louden’s Get Your Scary Shit Done course. One of the things Jen’s course teaches is that while we’re all special snowflakes, we’re not special when it comes to having fear, anxiety, or at the very least discomfort around our creative projects (or other ‘scary shit’ we want to do, like training for a triathlon or learning the ukulele). A nearly universal aspect of the human experience is that creativity requires growth and change, and those things rarely happen without pain and resistance.

Lisa Cron of Story Genius fame discusses this in reference to our characters. We’ve all heard we should chase our protagonists up trees and shoot at them. Why would we do such a terrible thing to our characters, whom we tend to love? Because at the heart of our stories, we’re exploring how our characters grow and change. But the force (of inertia) is strong! If we, and by extension our characters, can get by, survive, sometimes even thrive doing the same old same old, that’s what we’re going to do. Not because we’re bad people, lazy SOBs, or fake writers, but because evolution has hard-wired our brains to take the most comfortable, least resistant path to staying alive. Human evolution – the very survival of our species! – has depended upon not only the ability to adapt as quickly and efficiently as possible to change, but also the skill of recognizing a good thing when we have it and coasting on that as long as possible.

Phrased that way, goofing off on YouTube or binge-watching the first four hours of Stranger Things 2 on Netflix (not that anyone here has done that, right?) doesn’t sound so shameful, does it? “I know it looks like I was avoiding the next chapter of my WIP, but I was actually contributing to the survival of our species.”

That’s not to say you should embrace an everlasting state of inertia. I’ve started to refer to my approach to this problem as the three Rs. Next time you ‘should be writing’ but instead find yourself doing something easier and more comfortable (Louden calls these things shadow comforts), take a moment to recognize what you’re doing. Then rephrase the shame, guilt, and negativity you would typically attach to ‘not writing’, seeing it as the self-protective mechanism that it is. In that moment, try to redirect yourself back to the work. Can you write a sentence, a paragraph, maybe even a whole page of your story? Getting even a small amount or writing done before your writing time is up will create a positive association with it.

Now, what to do about those shadow comforts that continue to beckon like a siren’s song? Try giving them their due. My own comforts are other people’s stories, both in books and on the screen. As writers, it’s literally our job to absorb, process, and dissect story, so I’ve fallen into the trap of claiming ‘it’s all part of the process’ when I’m reading or watching instead of writing. So I’m not going to eliminate those comforts, but I am learning to use them more appropriately.

Even if your shadow comforts are not directly associated with story, they are still valuable, because they work for you. Your brain has subconsciously identified these activities as comforting, so let them consciously serve that function  by giving them their own time block on your calendar. And don’t give into the temptation to take away comfort time or other sources of joy as punishment for not writing. Don’t cut into scheduled comfort time to make up for not meeting your writing goals, unless you are genuinely excited to work on the WIP instead of keeping your date with self care.

Writing is a gift, a joy, and sometimes the hardest thing we can possibly do, but it should never be a punishment. If you take no other advice from this post, take that little nugget with you. Thou shalt not force the writing into non-writing time blocks to punish thy lack of progress. Or something…you get the idea. And if you dare challenge the comforts interfering with your project by using the three Rs, stop back here and share your experiences with us!

6 thoughts on “Nancy: “I Really Should Be Writing, But…””