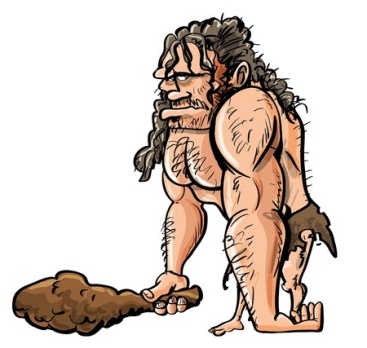 How alpha do you like your heroes? If your favorites are uber-dominant types, do they inhabit a sub-genre that expects or requires that behavior?

In my reading life I greatly enjoy alpha male asshattery. There are provisos: obviously the asshat in question must be a good guy deep down, he must have brains and a sense of humor, and he must be enlightened enough to respect and enjoy being challenged by a heroine who’s his equal and maybe even stronger.

Even with those provisos met, though, most of my favorite heroes indulge in the kind of high-handed, obnoxious behavior that I would find totally unacceptable in real life. It’s been on my mind this week, because I’m in the first draft of a new story and I’m gradually filling in all sorts of details about my hero. As I’m writing contemporary romance, it’s closer to home, and I’m finding it tricky to get the balance right. I found it a struggle with the previous book, too: after reading my opening scene from an early draft (a McDaniel College romance writing assignment), Jenny Crusie said she’d keep reading, but only in the hope that my hero, Ian, would get hit by a bus. She wasn’t the only one to offer that kind of feedback. I had to clip Ian’s wings a bit 😉

I love the humor and snark of contemporary romance, but my favorite heroes come from historicals, paranormals, urban fantasy and suspense – everything but contemporary, in fact, and I suppose it’s because the most extreme manifestations of the alpha trope work best in sub-genres where dominant behavior is not just condoned, but expected and/or necessary. Frex:

Historical: Mr. Darcy (Jane Austen, Pride and Prejudice). Good-looking, loaded, intelligent, aristocratic, and brought up by his family and polite society to be arrogant, selfish and snobbish.

Romantic Suspense: Max Bhagat (Suzanne Brockmann, Troubleshooters series). Commander of the FBI’s elite counter-terrorism unit, a brilliant, driven leader who pushes himself and everyone who works for him to the limit and beyond, doesn’t believe in excuses and has no life except his job.

Romantic Adventure: Shane (Jenny Crusie, Agnes and the Hitman). Shane was brought up by a retired wise guy and now kills people for the government. Tall, dark and laconic, he’s not big on small talk but he does what needs to be done.

I’ve read that one reason 1970s romance plots were so rape-y was that it was the only publishable way for the heroine to discover and eventually enjoy her sexuality, and the only socially permissible way for women to read about it. Only bad girls were allowed to want and enjoy a sex life, and they eventually got punished for it.

For me, I think part of the fun of non-contemporary romantic sub-genres is that they offer a more acceptable way to enjoy throwback male heroes. Even if the only permission we need these days is from ourselves, it makes for a more comfortable guilty pleasure if the story is set in a context that justifies all that chest-beating.

That’s my theory, anyway. What do you think?