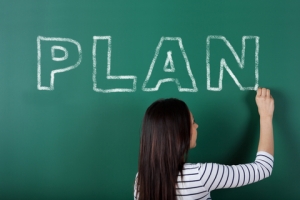 In the ongoing and possibly overrated interest of tracking my writing performance against my annual writing goals, it’s time to talk about February: the good, the bad, and the sometimes oh-so-ugly. You know the drill. I told you about my ‘reporting in’ plan here. Looking back on the post from just two short months ago, I have to smile a bit, the way you do at adorable pets and small children. I want to pat new-year me on the head and say oh, you naive, optimistic writer, you.

The truth is, February was a mixed bag. While mother nature reigned hellfire down upon us here in the Mid Atlantic in the form of frigid temperatures (hellfire can be frigid, right?) and weekly (sometimes daily!) snow accumulations, life went on. We shoveled snow and repaired broken shower tiles. We shoveled some more and researched and bought new appliances to replace the broken ones (yes, that’s plural appliances breaking). We shoveled yet again and dealt with minor but ongoing health issues and related medical visits. And celebrated Valentine’s Day, family birthdays, and a friend’s book launch. It was, you know, Life with a capital L. And every writer knows Life is the enemy of word count.

By now, dear, smart readers, you’re probably thinking my word count against February’s goals was abysmal. You are correct. However, it’s not as bad as it all sounds. I’ve made progress, in fact, significant progress on the plot and structure of book 2 of my historical romance series, now in its novel (as opposed to novella) length. In the process, I have managed to tie it into the overall arcs/unifying themes I’ve established for the series. And book 1, which was giving me no ends of fits as I struggled to finish the first draft as February began, has recovered from a number of potentially fatal flaws. The hero and heroine are still struggling to find their spark, but at least I fixed the issue of ‘sex too soon’ (and it turns out mine wasn’t the only story with that problem, as Michelle shared in her post last week).

Despite February’s seeming setbacks, there was forward progress, sometimes in unexpected ways. A few years ago, I had written a Victorian-set romance, which provided the seed of the idea for the series I’m now writing. Just this past week, as I thought about something that happened in that story and how it might apply to a knot I was untangling in the book 2 plot, it hit me: that ‘seed book’ is, in fact, part of this series. I think it’s book 5, although it could be book 4, depending upon where the first three books lead me.

It will require LOTS of revision and a bit of retrofitting, and in the end might take nearly as much time as starting from scratch, but at least it will cut back on the number of blank pages staring at me. Also, it will take off some of the word-count pressure at the end of the year, making being behind on my goals at the end of February less likely to tank the entire annual plan.

That wasn’t the only positive step toward reconciling writing reality with writing plan this past month. The Girls (in the basement), who could often be mistaken for unruly teenagers, starting spewing forth gobs of information, plot points, and weird little details for the one non-series book I will write this year. Of course, it’s not a book I’d planned to write this year, hence the unruly teenager part.

So, the official scorecard, based on the somewhat arbitrary list I established last month: I touched the story each day (√) and have wildly missed my word count  (√-) , yet I am weirdly back on track due to the discovery that an existing manuscript is part of the new series, and the unintentional brainstorming that moved my non-historical story forward by leaps and bounds (√).

And there’s one more thing I accomplished this past month. I have reactivated my Facebook page! If we are not already Facebook friends, please come join me here.

What’s happening in your story world? If you made an annual writing plan, has it been progressing in an organized, orderly fashion? Has it gone wildly off the rails? Have you tossed it out the window (and possibly into the snow) yet?