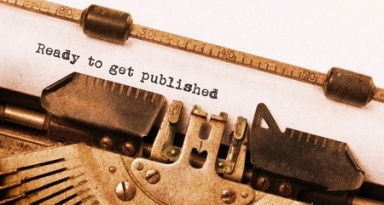 This post is for everyone out there who’s been writing for a while, but hasn’t gotten published.

It’s about dealing with the gnawing feeling that you’re this sad, pathetic person who has no talent, but can’t let go of the dream. It’s about feeling like one day people will be hanging around your coffin (a velvet-lined box containing a sleeping version of yourself that looks like one of those old black and white photographs someone has brightened up with colored pencils), talking about how you never gave up on writing even though it never got you anywhere. And because people don’t like to speak ill of the dead, at least not directly in front of your open coffin, they’ll say that in pseudo-admiring tones, but inside they’ll be thinking, a la Bugs Bunny, “What a maroon.”

I’ve been writing seriously–writing every day, taking classes, reading books and blogs, going to conferences–for twelve years now. On the inside, I can tell that I’m a much better writer. I have a lot better control of my sentences, I’m less likely to fall back on clichés to describe things, my plotting skills (especially since studying with the inimitable Jenny Crusie at McDaniel) have improved dramatically. What I’m writing today is far more readable than the crap my writing group suffered through twelve years ago.

And I’m still not published.

Moreover, with the current state of traditional publishing, there’s a very good chance I’ll never be published. I can self-publish but, given the lottery-like environment of that world and the very small amount of effort I’m willing to commit to marketing, that’s unlikely to yield any more readers than I currently have–a dozen or so generous souls who serve as beta readers in exchange for my doing the same for them.

One way to deal with this, of course, is to give up. There are plenty of other things I could use to fill my time. There are other hobbies, there are friends and family, we’re in a golden age of television. I could spend years of free time just making my way through the canon of Breaking Bad, The Big Bang Theory and Dr. Who.

But what if, because of the way you’re made, that’s not an option? What if you write, like I do, because you have no other choice? What if, against all common sense and sanity, you find your butt parked in a chair, your fingers pecking away at a keyboard, day after day, month after month, year after year? What if you are, in fact, the very definition of a maroon?

What I’ve done with this not-very-fun feeling is to decide to focus on the journey and not on the destination. I take pleasure in my ever-improving ability to craft a sentence, to construct a telling metaphor, to devise a riveting plot point. I may not ever get any more out of my efforts than just that, but that’s a lot really. It gives me little moments of pure pleasure.

And life, after all, is about the little moments.

12 thoughts on “Jeanne: On (Not) Getting Published”