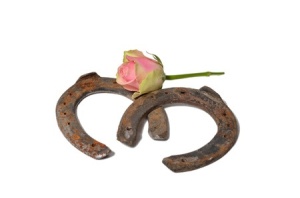 Calling all historical romance readers: can you recommend any good books similar to The Slipper And The Horseshoe, the novel described with great enthusiasm by Judi Dench, playing Philomena Lee in the Oscar-nominated movie based on Philomena’s true-life search for the son she gave up for adoption as an unmarried teenage mother in rural Ireland?

I wrote a post on 19 January in which I said I think that The Slipper And The Horseshoe must be a creation of Steve Coogan and Jeff Pope, the writers of Philomena. I suspect their intention was to send up genre romance, but the premise they came up with has the potential for an excellent story. It seems I wasn’t the only person to think so. ‘I Didn’t See That Coming’ has become 8LW’s most frequently viewed post of all time, because every week without fail readers are discovering it whilst searching the internet for variants of ‘the slipper and the horseshoe.’

Several times over the last three months I’ve thought that if I wrote historicals, I’d be typing furiously. Sadly, I wouldn’t know where to start, but as 113 people so far this week have read a 3 month-old post looking for information about a non-existent book, I decided to see if I could find some good alternative recommendations for readers who like the sound of this story. It was harder than I thought.

To recap: the hero is the self-made son of a doctor; he has to decide between marrying a Duchess who doesn’t love him and a stable girl who does. So I went browsing for historical romance with a male protagonist who is a self-made man rather than a nobleman, who falls in love with a girl of lower rank than himself and who chooses her over a socially advantageous marriage.

The most promising candidate is a book I hadn’t heard of. It’s an early novel by Julie Anne Long, an author whose writing I know and like a lot. The hero of To Love A Thief  is Gideon, a brilliant criminal barrister whose clients typically don’t pay very well. He’s expected to marry upwards, and is courting a beautiful and wealthy woman he believes himself to be in love with. Then he saves a young orphan pickpocket from jail and everything changes. This book sounds fun. I’ll be reading it in the near future.

The other author I immediately thought of is Courtney Milan. She writes in the period between the end of the Regency and the beginning of the Victorian era. I love her characters, who are definitely not cookie-cutter aristocrats (A Kiss For Midwinter has a doctor hero; The Governess Affair stars a Duke’s man of business rather than the Duke himself). I think the book that best fits the brief is Unveiled: the hero is a self-made man who becomes heir to a Dukedom by uncovering evidence that the current Duke’s children, his distant relatives, are illegitimate. He falls in love with the heroine believing she is a nurse, not knowing that she’s the current Duke’s daughter who’s been disinherited and shunned by society as a result of his revelations. It’s an excellent read and I highly recommend it.

There must be others, but I spent a good couple of hours searching without success. Do you have any ideas? All suggestions most gratefully received!

15 thoughts on “Jilly: The Slipper And The Horseshoe”