Revision is not what I thought it was. 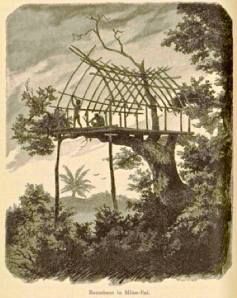 It’s about taking a look at the deep structure.

When I started the romance writing program at McDaniel College, I thought I had a basic grasp of what it took to write a novel. I had several thousand words, all lined up in a way that made a crazy sort of sense, and I fondly thought that it would be a matter of cutting a few plot threads here, tying up a few lines there, and polishing the words that I had chosen in a NaNo rush.

I wasn’t thinking revision – I was thinking proof-reading.

The biggest thing I learned is that story is only loosely related to the words on the page — at least in a first draft. I know that sounds bizarre, but what I mean is that the story can be told with a million different word choices. It can be told with these characters or those characters. Point of view, tone of voice, time, date and place . . . all are choices that can be made to tell the story. And of course, some choices work better than others. But there are many good choices out there. Words convey those choices, but they aren’t the whole story.

It just about killed me that I had to “throw away all of my story” once I started working with it, but to tell the truth, I wasn’t throwing away story, I was throwing away words that no longer served the story. The story was there, being shaped by thought and writing exercises and structure. It took me at least six months to accept that story is something more than the words. I still fight against the concept of “wasting words”. It’s not wasting words if it is bringing me closer to an understanding of what the story is really about.

So, what I learned is that revision is about working with the underpinning of the story. This year is all about finding new words to reflect the things I found when I dug deeper.

The “re” part of revision is like a wrecking ball, and I suspect it’s mostly made up of conflict. It passes through those words and that book, and leaves the words, carefully built up into scenes, pulverized into letters again. You keep building up your scenes again (if you are brave), and (if you are brave), you let the wrecking ball travel through your work again at full speed. Eventually you wind up with bigger, more usable chunks. And I fondly imagine that one day, the wrecking ball passes right through the scene without clunking on a single serif. Then you know you are ready for the closer work of proofreading. Or at least, that’s how I imagine it. A lot of very good writers talk about just abandoning their work when they can’t stand to work on it anymore.

So, back in the second workshop at McDaniel, here’s what I did with my lovely, “finished” first draft.

Doing this, I went from a crazy mess with a cast of hundreds (well, OK, 76 characters) to a crazy mess with perhaps two dozen named characters. I lost a love triangle, and a bunch of Greek god relatives currently living in Florida. I lost an homage to Jennifer Weiner (the heroine originally got pregnant, and this was supposed to be one of the major plot-drivers of the sequel). George Diaz, my “bad guy,” gained a huge personality, and great reasons for why he’s doing what he’s doing. Hadiz, my hero, gained a mother from hell, and a fantastic backstory that won’t make it into the book, but will inform the book. And my heroine, Perz? I know who she is, and why she does what she does, even though she herself does not. I’m going to be working with her for the first three months of 2014 — no backing off, no trying to shoe-horn her into box that doesn’t fit. I can’t wait to see what she does on the page.